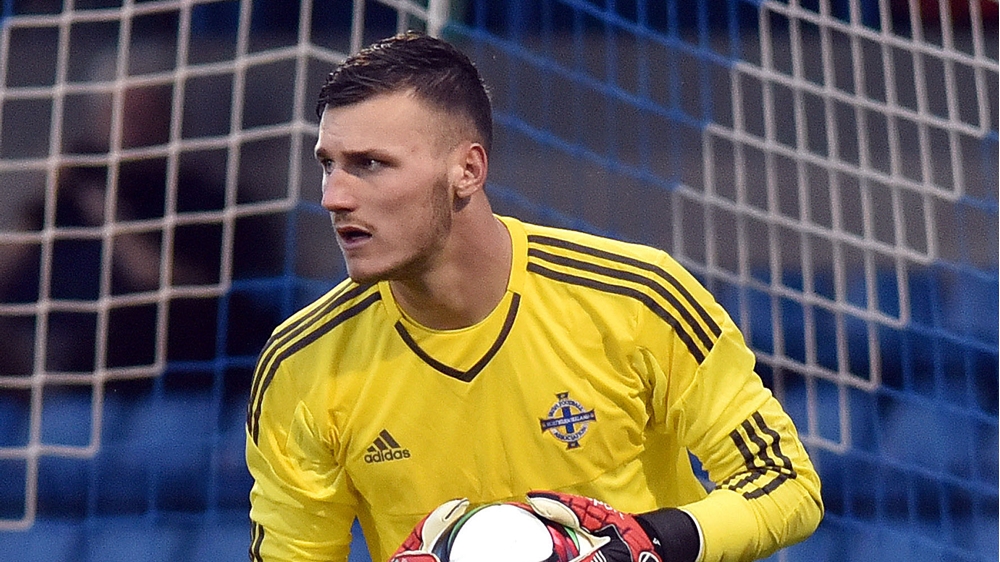 Former Northern Ireland Under-21 goalkeeper Conor Mitchell has signed for Linfield until the end of the season.

Mitchell has joined the Danske Bank Premiership leaders on loan from Premier League side Burnley, where he was part of the U23s set-up.

Blues boss David Healy swooped to sign the 22-year-old after veteran Northern Ireland keeper Roy Carroll was ruled out for the rest of the season with a ligament injury sustained in the league game against Crusaders earlier this month.

It will be Mitchell’s second loan spell this term. Up until Christmas he was with St Johnstone in the Scottish Premiership.

The 22-year-old keeper was a regular for Northern Ireland’s U21s during much of their last qualifying campaign and he has previously trained with the Northern Ireland senior squad. He took part in a week-long training camp in Manchester prior to the games against New Zealand and Azerbaijan in May/June 2017

“I’ve watched his progress with interest through the various underage international levels and he’s certainly a goalkeeper of good pedigree.

“I’m looking forward to working with him over the rest of the season and young Gareth Deane and Conor will provide strong competition for the goalkeeping position in the coming months.”

And Mitchell said: “I’m looking forward to being involved in a big couple of months for the football club with a title race and the chance to win some domestic silverware, too.

“It’s a new challenge and one that I relish. I’m just going to go in and work hard, try and impress the gaffer and hope to make a positive impression on the team and the club as a whole.”