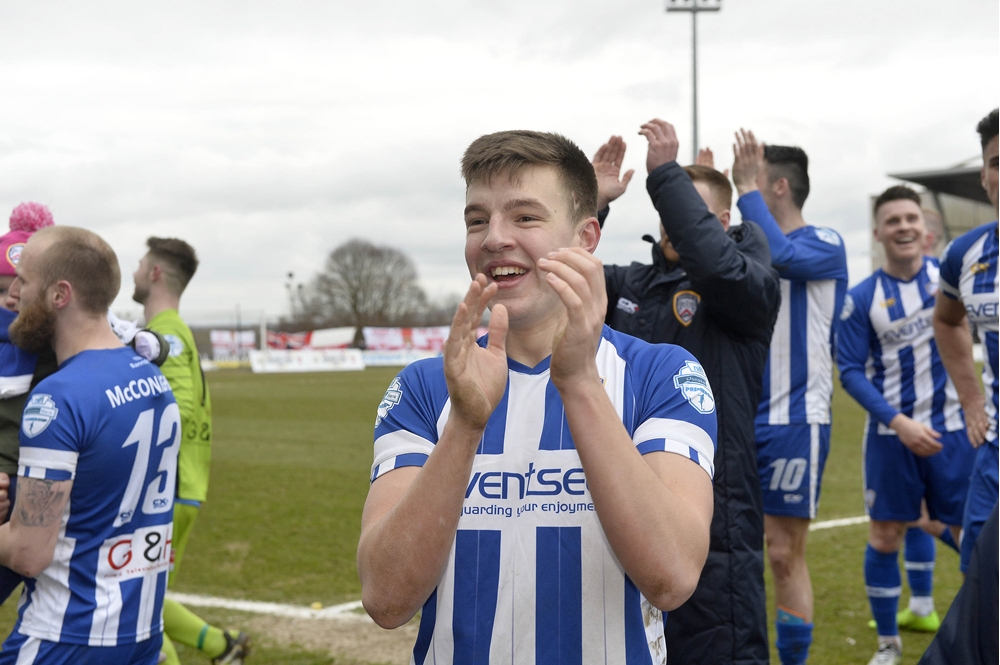 The 21-year-old has made 13 appearances and scored three goals for Rovers’ under-23 side this term who are currently managed by former Northern Ireland international Damien Johnson.

Brad has previously played at Under-18 Schools level for Northern Ireland.

“It’s a dream come true,” said Lyons, who made over 100 appearances for the Bannsiders’. “I'm 21 years old and this is my first ever professional contract, so I’m absolutely delighted.

“It’s a massive deal, coming from part-time football back home to now signing my first pro deal. It’s a great feeling, but I’ve worked hard for it and I feel like I’ve deserved it.

Lyons, who scored two goals in a 4-0 win against Arsenal U23’s before Christmas, feels he is now ready to push on for a first-team place with the Championship outfit.

“I feel like I've developed really well under the gaffer and under Damien Johnson,” he added. “They’ve developed me as a player and I feel like I’ve come on leaps and bounds both physically and mentally, so hopefully I can push on and keep going.

“I’ve trained with the first team over the last few weeks and that’s made me hungry for more.

“It motivates me to push on, so every time I get an opportunity to train with the first team I just get my head down and work hard and hopefully there’s more to come.

“Since I’ve been here, the club has been brilliant. The facilities are quality and it is run like a Premier League club, so the end goal is to get into the Blackburn Rovers first team.”