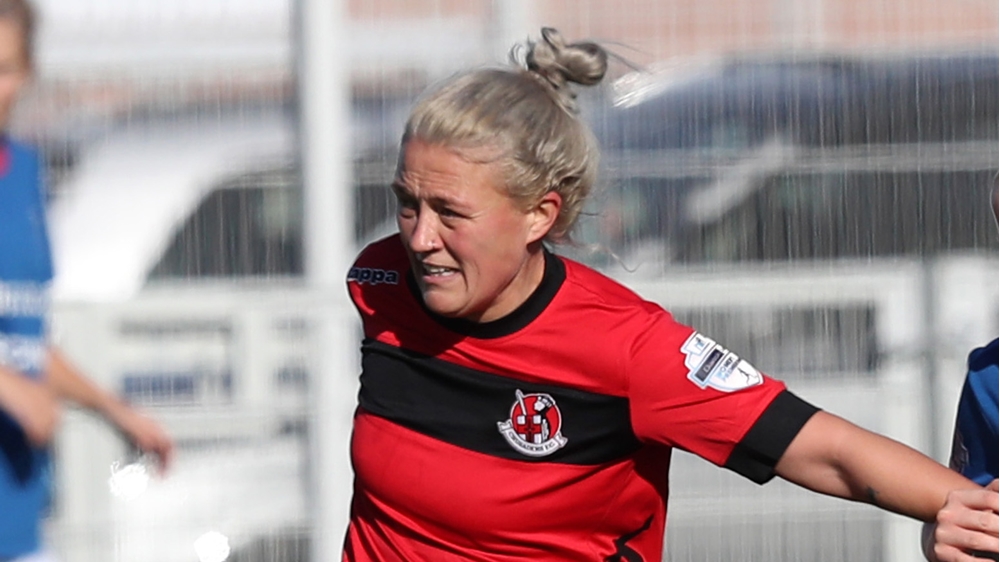 The Strikers and the Belles won their respective semi-finals at the weekend to reach the decider, which is being staged this Friday (1 February) in Belfast’s Shankill Leisure Centre.

Crusaders Strikers beat Carnmoney Ladies 4-2 in the last four. Courtney Moore notched a hat-trick before half-time to put the Crues 3-0 up and then international player Heather Mearns scored a fourth for the Strikers.

Carnmoney Ladies battled back towards the end of the game, scoring twice, however they could not reduce the deficit further in the match at Shankill LC.

It was a very tight affair but the team from Derry-Londonderry managed to break the deadlock after 15 minutes when Loren Smallwood scored.

Lisburn fought hard throughout but could not get the ball past the Belles keeper until two seconds before the final whistle, and Christine Claws’ effort ensured there was a penalty shootout.

The shootout was also a tight affair but eventually Foyle Belles managed to pip Lisburn to the post, winning 8-7 on spot kicks.

The final this Friday at Shankill LC is due to kick off at 8.30pm. And prior to it there will be a third/fourth place play-off between Lisburn and Carnmoney. Entry to both games is free.

This season’s Women’s Futsal League kicked off in October with 20 teams involved. The teams participated in a series of qualifying rounds which will culminate in Friday’s final.