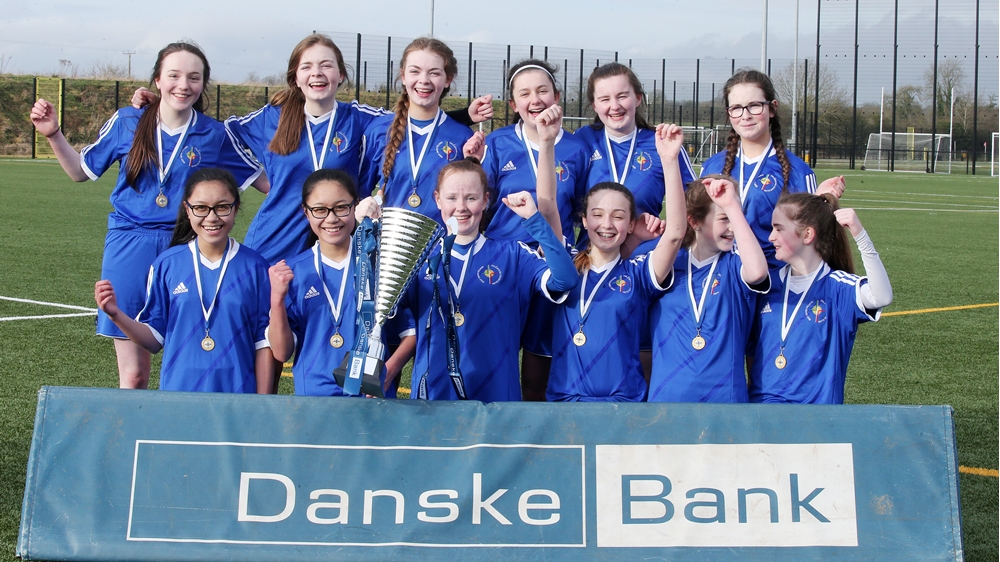 Holders Holy Cross College will be going all out to retain the trophy in the finals of this year’s Danske Bank girls’ 11-a-side competition.

The Strabane school, who defeated Belfast’s St Genevieve’s in the 2018 decider, won the Tyrone and Fermanagh qualifying tournament to secure their place at this year’s finals.

Standing in their way will be teams from seven other post primary schools from across Northern Ireland. This year’s finals are being staged at Allen Park in Antrim on Wednesday (30 January).

The Danske Bank-backed competition is the schools tournament that introduces girls to playing 11-a-side football.

On Wednesday the teams will be drawn into two groups with the winners and runners-up in each section making it through to the semi-final stages of the NISFA competition for Under-15 sides. Eventually one school will be crowned the Danske Bank girls’ 11-a-side champions.

Image: Holy Cross Strabane will be aiming to retain the trophy they won last year at the 2018-19 finals of the Danske Bank girls’ 11-a-side competition.