Bosnia and Herzegovina on way to Belfast for league opener 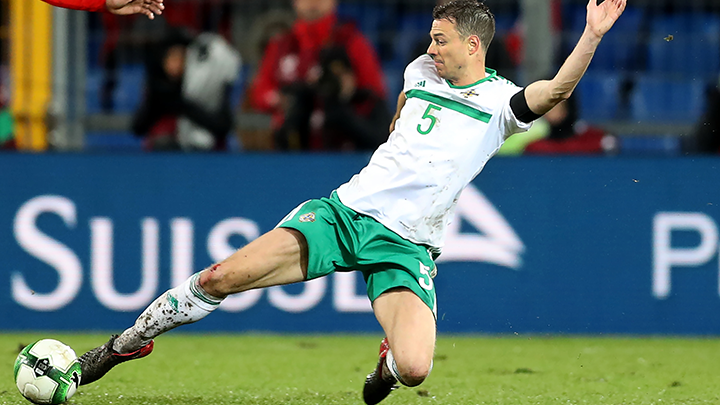 Northern Ireland’s first foray into the inaugural UEFA Nations League will see them take on Bosnia and Herzegovina in Belfast.

Michael O’Neill’s side are set to face the Bosnians on Saturday 8 September (2pm start) at the National Football Stadium at Windsor Park.

The next two fixtures in Group 3 within League B of the new competition will see Northern Ireland play away from home.

The fourth and final matchday for Northern Ireland will be on Sunday 18 November when they take on Austria in Belfast (5pm kick-off).

The venues for the two away games will be confirmed in due course.

During the international windows this autumn Michael O’Neill’s side will also be playing two friendlies. They are due to be staged on Tuesday 11 September and Thursday 15 November. Opposition and venues will be confirmed in due course.

Michael O’Neill’s side were drawn with Austria and Bosnia and Herzegovina in this afternoon’s UEFA Nations League draw at Lausanne in Switzerland.

Austria were in Pot 1 for the draw, while the Bosnians were in Pot 2 and Northern Ireland in Pot 3.

Northern Ireland have never played Bosnia and Herzegovina before so Michael O’Neill’s side will be stepping into unknown territory when the first game comes around. The boys in green last played Austria in World Cup 2006 qualifying.