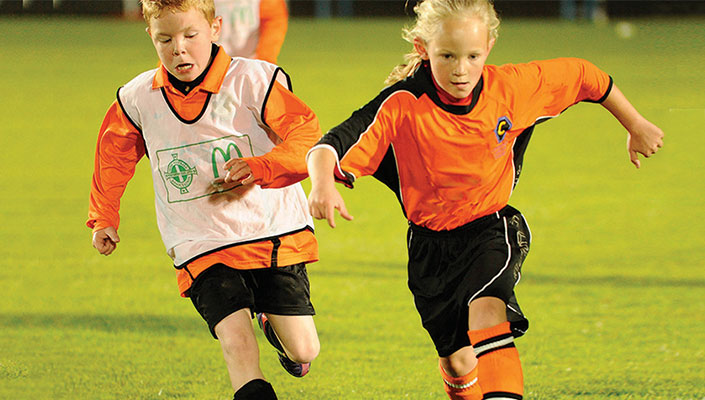 Teams can still enter the inaugural McDonald's National Club Futsal Festival for under-11 and U12 players.

Boys’ and girls’ teams will be taking part in the festival, which is being played in the state-of-the-art futsal courts at Newry Leisure Centre on Friday 16 February.

Irish FA Regional Grassroots Development Officer Malcolm Roberts explained: “The main objective of the festival is to develop new football skills and to promote the benefits of a healthy lifestyle among boys and girls.

“Another aim is to provide a pressure-free game environment that encourages kids to improve their ball skills, increases their game awareness and also highlights the rules of futsal.”

There are still slots available for interested teams, according to Malcolm, who urged clubs from across Northern Ireland to enter the tournament.

If your club would like to participate in the McDonald's National Club Futsal Festival for under-11 and U12 players contact malcolm.roberts@irishfa.com.