From Ballynahinch United to senior goalkeeper by the age of 16 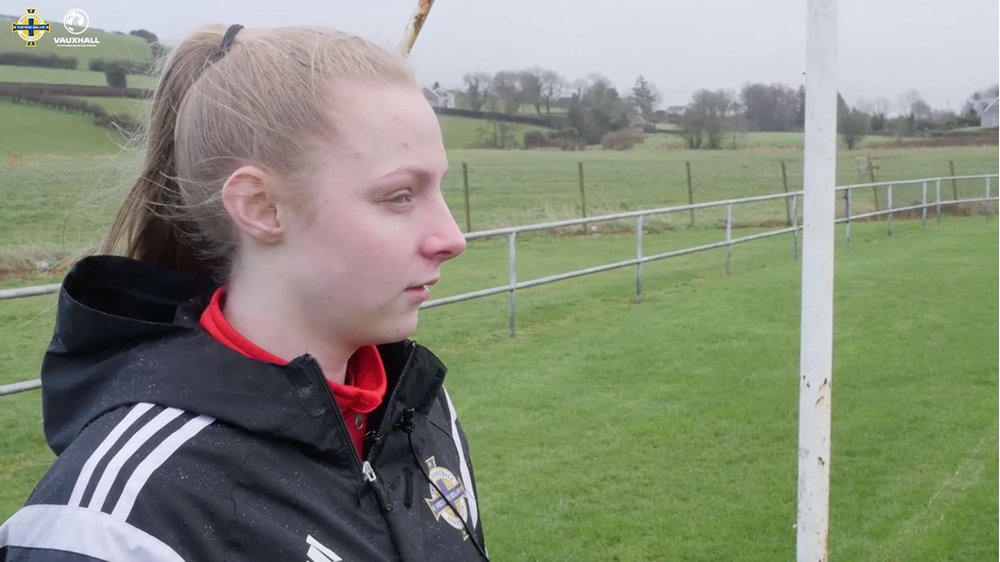 Northern Ireland goalkeeper Lauren Perry has done a lot in her football career and this is only the beginning.

The 16 year old from Ballynahinch recently made her senior debut against Norway and received many plaudits for her performance.

It has been quite the year for Perry who was drafted in to the final squad for the UEFA Women's Under 19 Championships, before playing in the Champions League with Linfield Ladies and then making her senior debut.

The young goalkeeper actually started out as a left back and on her first taste of football, Perry said: "I started out playing when I was seven. I joined Ballynahinch as it was my local club.

"I asked my mum could I join as I loved playing football. There was only the Under 10s at that time and it was a boys team so I had to play with the boys on a Saturday."

Do you fancy becoming a goalkeeper or are a goalkeeper and want to be part of the Girls Regional Excellence Programme? If so, contact alfie.wylie@irishfa.com.

To find out more about Lauren Perry's journey, watch the video above.