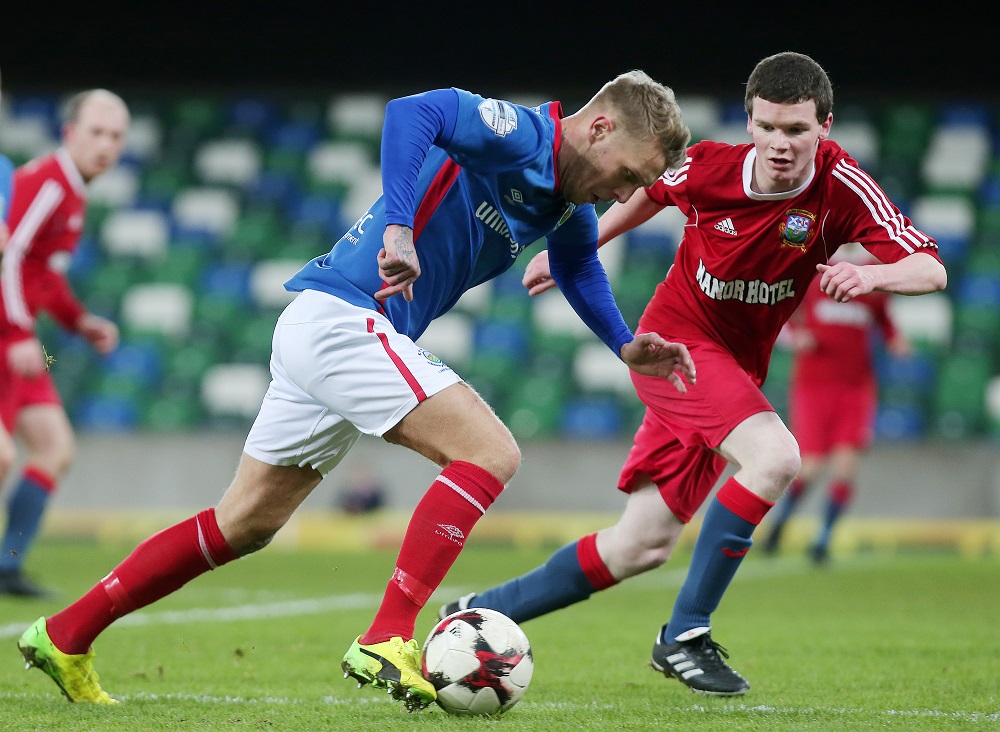 The draw for the sixth round of the Tennent's Irish Cup has produced some ties to savour as the competition reaches the last 16 on 3 February.

And none of them is bigger than the clash of those great North Belfast rivals Cliftonville and Crusaders at Solitude. The pair have met three times this season to date with the Crues winning on each occasion.

There's also a Mid-Ulster derby to ponder as Glenavon welcome Dungannon Swifts to Mourneview Park, a tie which sees Lurgan Blues striker Andrew Mitchell face many of his old team-mates.

Ards will need to be on their guard as they visit Lakeview Park to take on Loughgall. Meanwhile, Larne will be hoping to continue their current upturn in fortunes when Dundela, the only non-senior club left in the competition, travel to Inver Park. 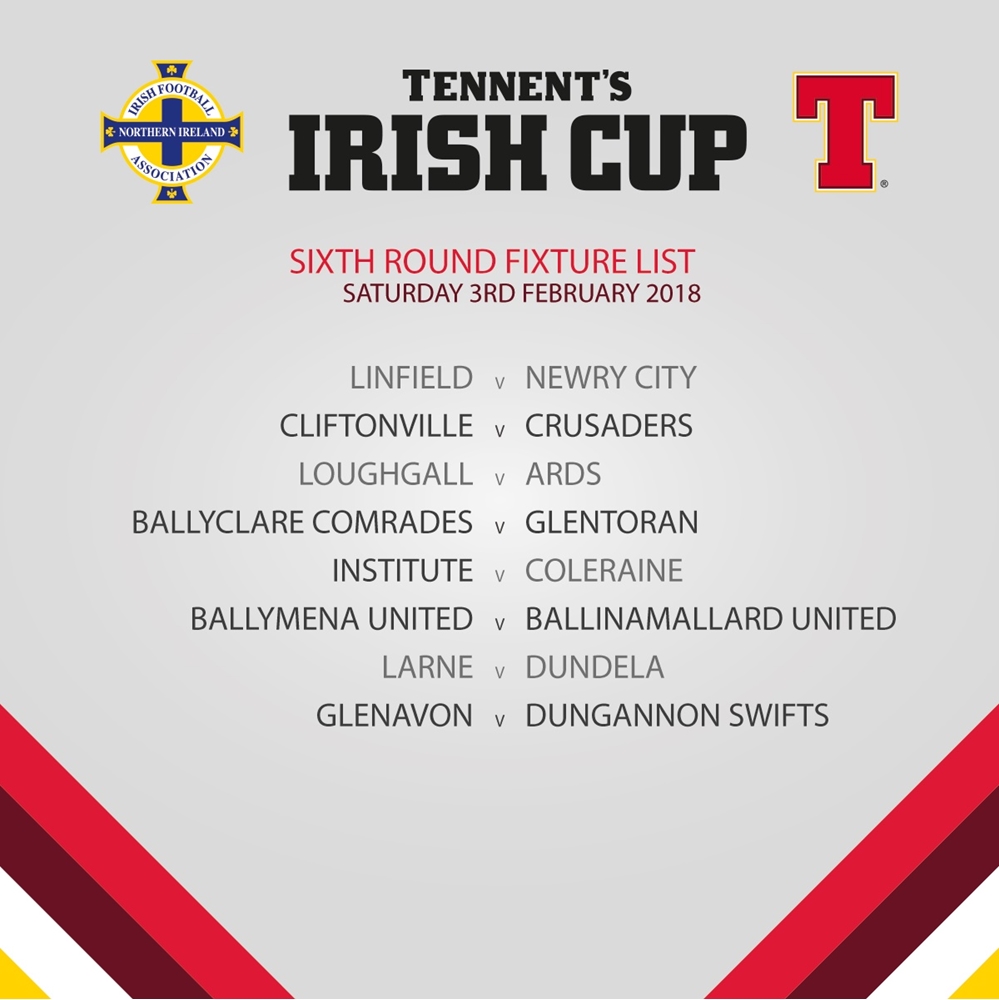