U21 winger reveals senior NI players have been offering encouragement 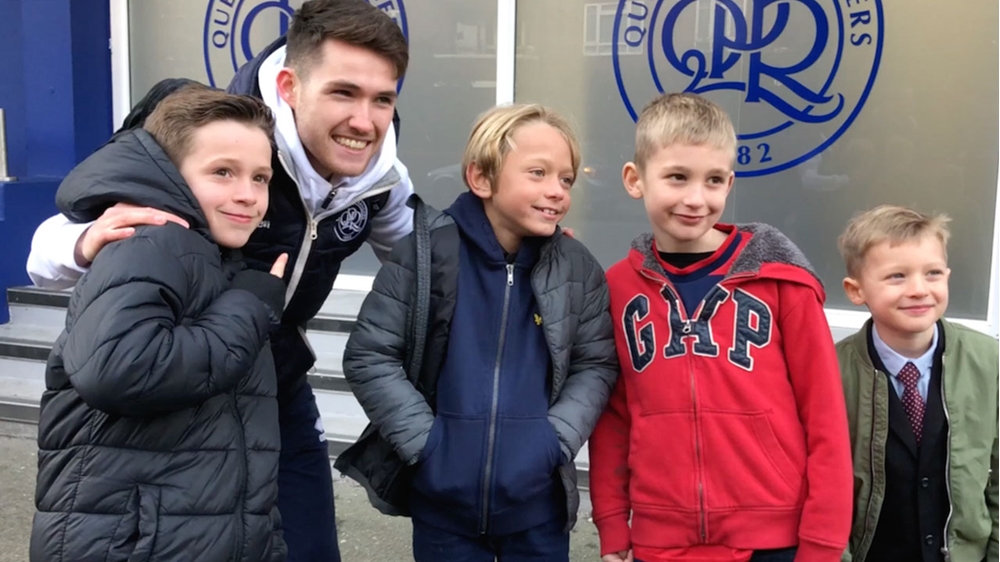 The former Linfield winger, who joined QPR last summer from the Blues, made only his second start for the R’s on Saturday against MK Dons in the FA Cup third round.

And the game was quite a contrast to his debut for Ian Holloway’s side five days earlier. Although they had a decent shot count, QPR went down 1-0 in the cup to the League One outfit.

Smyth, although he performed well, did not get an opportunity to add to his dream debut goal against Cardiff City on New Year’s Day when he scored the winner for the R’s in a much-needed 2-1 victory over the Welsh side.

Prior to the FA Cup game, Les Ferdinand told Irish FA TV he thought Smyth had played very well against Cardiff. “It was a great debut,” he said.

And the former England, QPR, Newcastle and Spurs striker, who is Director of Football at the R’s these days, insisted the winger was “an exciting prospect”.

He also said the Northern Ireland players have been encouraging him to push on and try to get into the senior international team. “It feels good having them on my side,” added Smyth, who along with Glenavon’s Joel Cooper trained with the Northern Ireland squad in France in the run-up to Euro 2016.

See video above for Smyth’s thoughts on his QPR debut...