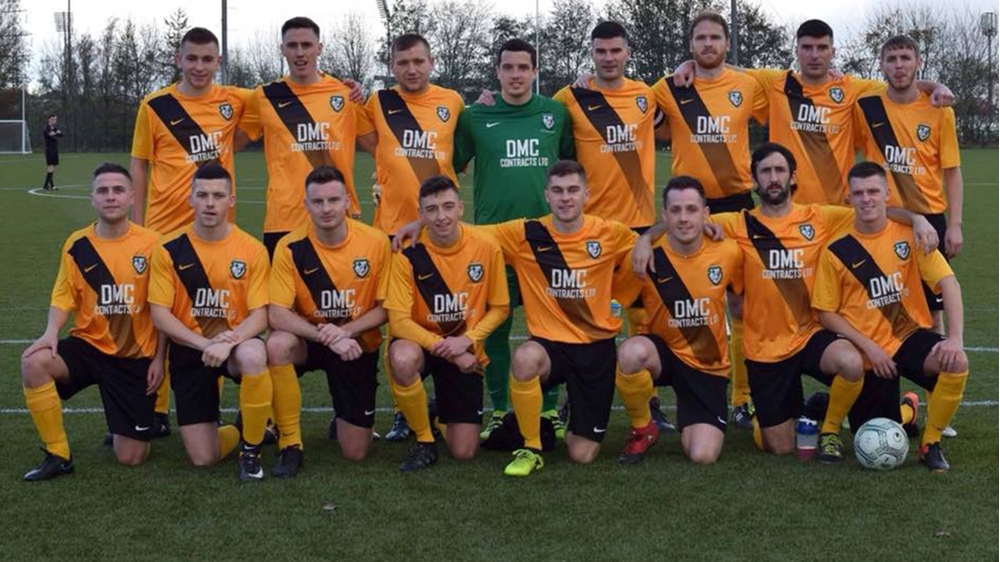 The Match on Tuesday Intermediate Cup rolls on this weekend with 16 ties bringing together some of the best clubs of intermediate status in the country.

The tie of the round is an intriguing affair. It pits St James' Swifts, only founded in 2010, against long established Premier Intermediate League side Tobermore United at the Woodlands Playing Fields.

Swifts are competing at this level for the first time, having been accepted into the Ballymena & Provincial Intermediate League during the summer.

The west Belfast side have acquitted themselves well thus far, reaching the last eight of the Steel & Sons Cup and holding on to a respectable mid-table position while rubbing shoulders with the likes of Bangor, Coagh United and Glebe Rangers.

To get to this stage of the competition they accounted for Richhill AFC in the first round. Goals from Padraig McCormick, Sean Pat Donnelly and Eugene Gallagher had already given Damian McStravick's side a healthy advantage before substitute Martin Gallagher came off the bench to bag a hat-trick inside ten minutes!

And they followed that up with a four-goal thumping of Bloomfield with McDonald, Donnelly and Gallagher all finding the net again after Gary Dorrian had kicked off the scoring.

Opponents Tobermore United, one of nine Premier Intermediate League sides still in the running, hit six without reply past Lower Maze back in the opening round before following that up with an impressive 3-0 defeat of Ballymena United Reserves courtesy of a Ryan Doherty double after Neil Lamont had broken the deadlock.

Elsewhere much interest will be focused on the Holm Park clash between Armagh City and Queen's University, fifth and second in the PIL respectively.

A Ryan McCready brace gave the students the edge in the only other meeting between the sides this season, so the Eagles will be keen to exact revenge for that.

PIL leaders Dundela will be strong favourites to progress when they travel to face Mid-Ulster Intermediate B side Craigavon City, while another PIL front runner, Lisburn Distillery, head north for a meeting with Dunloy from the Ballymena Intermediate League.

Another game to catch the eye is the all-NAFL Premier clash at The Hammer as Shankill United (13th) lock horns with leaders East Belfast, who will be looking for a third victory against United this season having bagged 11 goals in their two previous meetings.