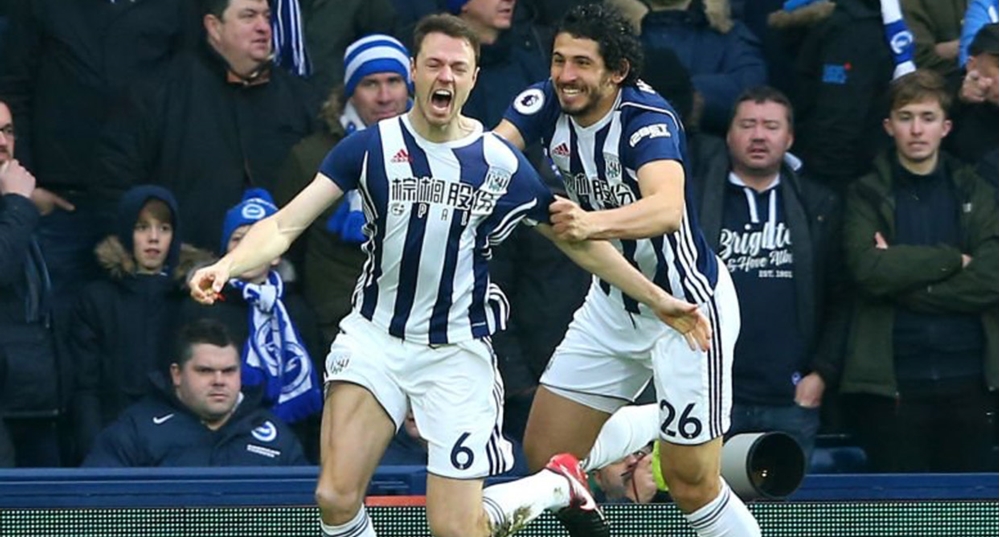 West Bromwich Albion skipper Jonny Evans headed home his second goal of the season as he helped his side to a much-needed 2-0 home win over Brighton & Hove Albion at the weekend.

It was the Baggies' first Premier League success since August and the 30-year-old centre back believed their performance at The Hawthorns on Saturday warranted all three points.

Evans said: “A lot of our performances recently have been like that but the difference today was that we got the ball in the net.

“It’s only three points to add to our tally but it’s something. That feeling of winning, when you haven’t had that for a long time, sometimes you forget what that’s like."

“The atmosphere in the changing room was really positive and hopefully we can taste more of that,” he added.

“Every week people refer to our games as ‘must-win’ so it’s important to keep your head when the pressure builds.”

Also on the scoresheet over the weekend was striker Conor Washington who clocked up his fifth goal of the campaign as Queens Park Rangers defeated Nigel Clough’s Burton Albion 3-1 in the Championship.

Hoops boss Ian Holloway had rested the 25-year-old, who also hit the post and had a hand in the decisive third goal, for the past five matches but he hailed his forward’s attitude during his spell on the sidelines.

He said: “Conor’s taken not playing very, very well. No matter who you are, you need to have a little breather and then back you come.

“I think that’s as well as Conor has played for us, ever, and I want to congratulate him,” added Holloway, who was without the services of the injured Paul Smyth. “I thought he was a threat all afternoon; well done, son. That’s the sort of response I’m talking about.”

Elsewhere in the Championship Ollie Norwood’s injury time penalty gave Fulham a last gasp victory at Middlesbrough to move them up to eighth place in the table.

The former Manchester United midfielder, who has now hit the net five times for the Cottagers this term, converted from the spot in the 95th minute to leave Fulham just one point off the play-off places.

“We wanted to win today to give ourselves a real chance of moving on and we have a home game next week and we have to make sure we win that to make these three points important.”

Meanwhile, striker Billy Kee took his tally to 16 for the season as he opened the scoring for Accrington Stanley who are now in the automatic promotion places in League Two following their 2-0 win at Cheltenham Town on Saturday.

Midfielder Stuart Dallas, who has missed the last nine games with an ankle injury, was an unused substitute in Leeds United’s single goal defeat at Ipswich Town, while Corry Evans' thigh strain kept him out of Blackburn Rovers' home victory over Shrewsbury Town.