Midfielder says games in new competition will be tough 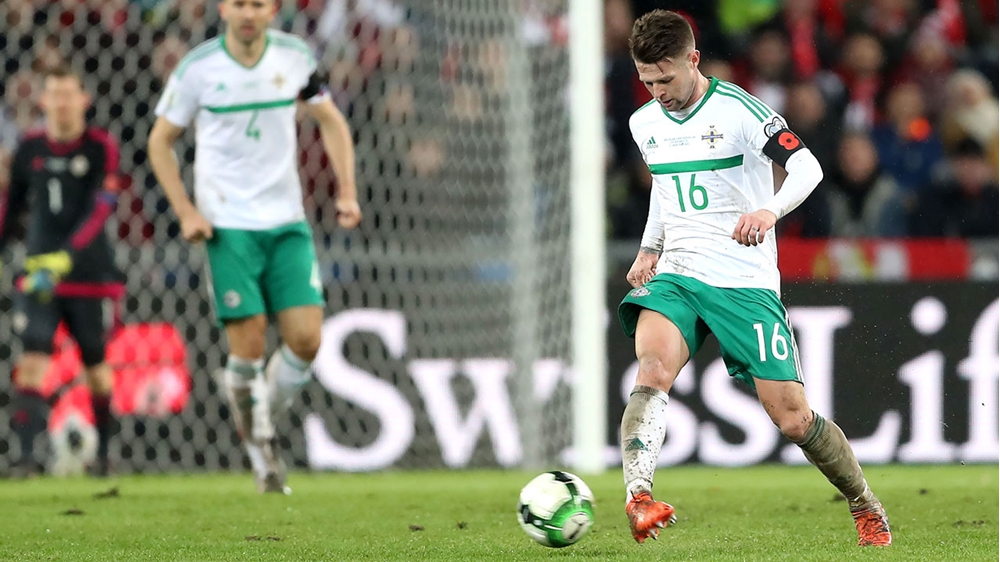 The Northern Ireland squad had training camps in Austria in the build-up to Euro 2016 and before the World Cup 2018 qualifying campaign got under way.

Norwood said: “We really enjoyed the camps in Austria so it will be nice to go there to play a game. They are a good side so it’s definitely one to look forward to.”

He also said he was looking forward to facing Bosnia and Herzegovina home and away this autumn in Group 3 within League B.

The midfielder, who is currently on loan at Fulham from Brighton, added: “They will be tough games. Both teams have very good players. Arnautovic and Alaba are two that really stand out for the Austrians, while Bosnia’s Pjanic and Dzeko are top, top players. And it’s always good to test yourself against so-called bigger teams.”

Norwood feels the Nations League will be a great alternative to international friendlies. “It’s always good to have games that have a competitive edge. It’s good that there is promotion and relegation,” he said.

The new competition for Europe’s 55 national teams is aimed at strengthening national team football by replacing most friendlies with competitive matches and by allowing countries to play against equally ranked teams, according to European football’s governing body.