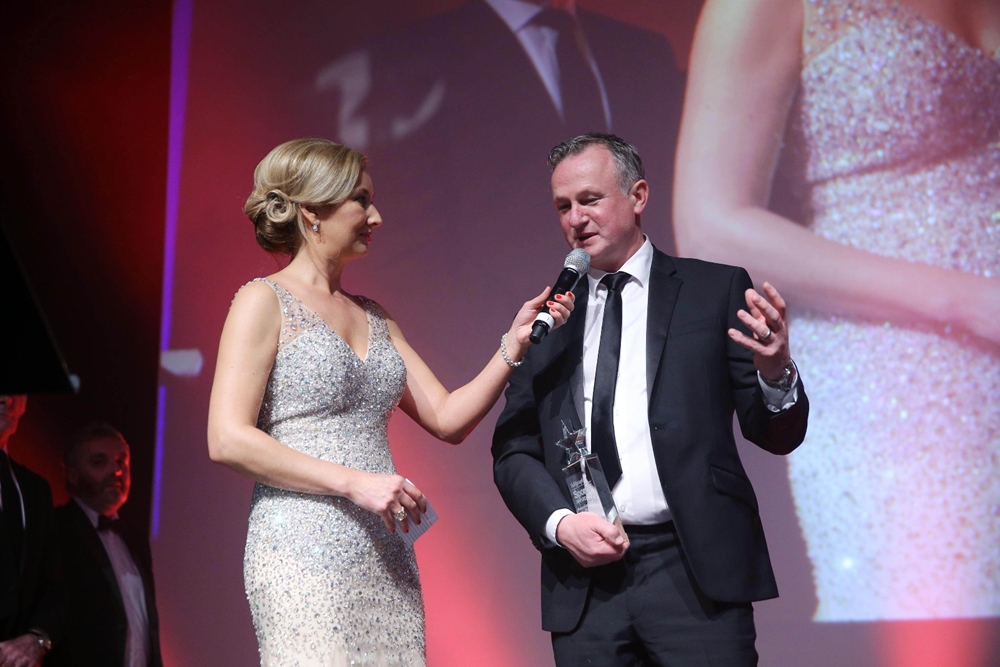 The squad were named Team of the Year and Northern Ireland manager Michael O'Neill was presented with the Coach of the Year prize.

And there was also an individual honour for former Northern Ireland women’s captain Sara Booth, who was recognised for her role as tournament director of the UEFA Women’s Under-19 Championship, which was staged here last summer.

Michael O’Neill won the platinum (full-time professional) Manager/Coach of the Year gong for the second year in a row after another stellar qualifying campaign that saw Northern Ireland only narrowly miss out on reaching the 2018 World Cup in Russia.

After receiving the award from Northern Ireland goalkeeping legend Pat Jennings, he stressed: "Tonight brings home how much of a role sport plays in Northern Ireland and what we've achieved, so I always enjoy it."

Asked how he was handling his status as a sporting icon following two thrilling international campaigns, he said: "To have such a good national team is a big thing for everyone in Northern Ireland.

"We've had a great four years and we want to continue. We've a big challenge ahead of us for Euro 2020, and we're trying to keep the team together and grow the team.”

And the Northern Ireland boss collected the Team of the Year trophy on behalf of his squad; it was also the second year running that they have won the award. Former Northern Ireland international Norman Whiteside handed over the prize.

Michael said: "I'm very proud of the team and the effort. The team got to 20th in the world, which was a great achievement, but there was a sense of disappointment (after the World Cup play-off).

“I felt the players deserved to go to the World Cup. We take an awful lot of pride but there is a sense of disappointment in how we went out.

"There used to be a time we couldn't get the players to turn up, now we can't get them to retire. There's a sense that they can go again and there are one or two young players coming through. I've got my appetite back and I look forward to the games coming round."

Sara Booth was given a Special Recognition Award for her efforts, on behalf of the Irish Football Association, in organising the UEFA Women’s U19 tournament in 2017.

Sara, who has recently moved to Switzerland to take up a special projects role with FIFA, pointed out 45 Irish FA staff had been mobilised to make it happen and she praised the “great team” which had helped put on a world class event in Northern Ireland.

She also said she hoped the tournament, which attracted more than 18,000 spectators, will have inspired many more young girls, and boys, to play football.

Steven Davis was nominated in the Sports Star of the Year category for his superb displays for Northern Ireland, however he was pipped to the award by Northern Ireland fan Jonathan Rea, who won an unprecedented third successive World Superbike title and finished runner-up in the BBC’s Sports Personality of the Year award in 2017.

And Jonny Evans was among the platinum nominees in the Malcolm Brodie Player of the Year category for playing a key role in Northern Ireland’s World Cup qualifying campaign. The category was won by Ulster and Ireland rugby star Jacob Stockdale.

You can view a selection of images from the event in the gallery below.

Images: Michael O’Neill received the Coach of the Year and Team of the Year prizes at the Belfast Telegraph Sports Awards.

Sara Booth won a Special Recognition Award for her role as tournament director of the UEFA Women’s Under-19 Championship, which was staged in Northern Ireland last summer. 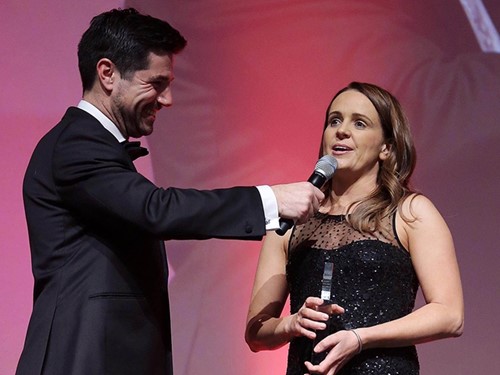 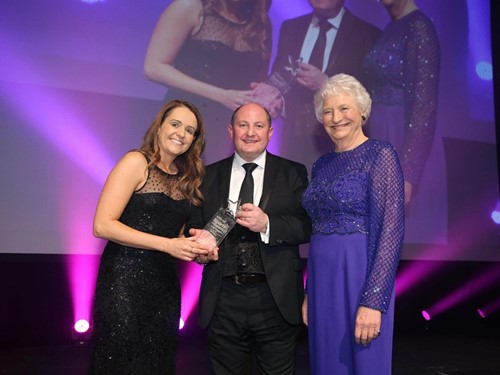 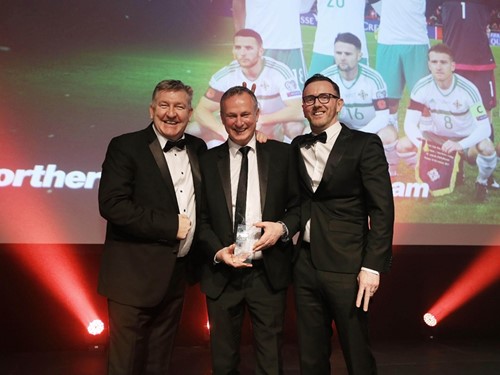 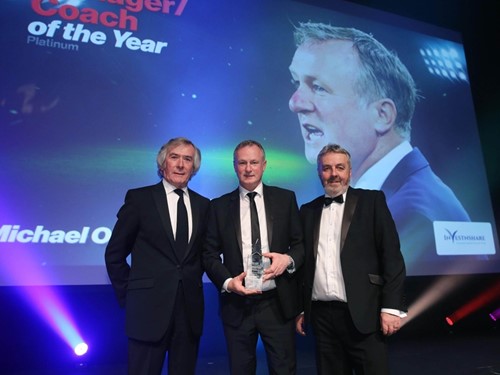 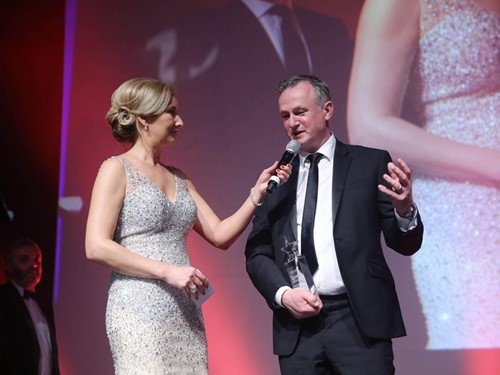