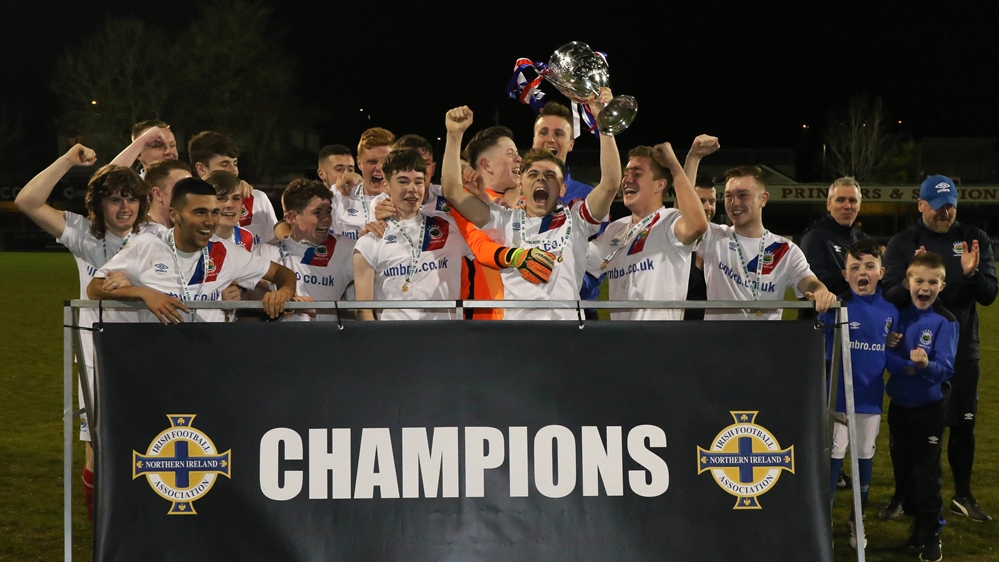 The Harry Cavan Youth Cup reaches the quarter-final stage this weekend with the eight remaining sides all hoping to take a step closer to claiming the most prestigious prize in youth football.

The undoubted tie of the round, at Midgley Park, sees a repeat of last year's final which pits holders Linfield Rangers against their counterparts from Ballinamallard United Youth.

The Blues kicked off their defence with a thumping 7-0 defeat of Aquinas with goals from Aaron Brown (3), Ross Weatherup, Mark Green, Lee Rea and Darren Hylands.

However, Bryan McCarroll's side had a much tougher time in the second round when only a penalty shoot-out win gave them the edge over Ards after the game finished scoreless.

The Mallards squeezed past Institute in the first round before defeating Ardoyne 3-1 at Fisher Park, and that despite going behind after an hour. Josh Largo Ellis levelled on 65 minutes for Derek Sharpe's team with a glancing header from a Jacob Britton free-kick. Not long after that Simon Warrington beat the keeper one-on-one to give them the lead before Andy Boyd completed the scoring with five minutes left.

Elsewhere Craigavon City host Glenavon Youth at the Drumgor Arena. City are one of two sides still in the competition from the preliminary round, having defeated 22nd OB before receiving a bye against Bangor Academy and then overcoming Enniskillen Athletic despite playing most of the game with 10 men.

Coleraine Academy have also fought all the way from the opening round of the competition. Victories over North Belfast United Colts (6-1), Carniny Amateur & Youth (7-2) and Glentoran Colts (4-3) have earned the high scoring Bannsiders their place in the last eight and a trip to Lenadoon Park to face St Oliver Plunkett.

The remaining tie sees Cliftonville Strollers welcome Ardstraw Youth to Solitude. The Reds defeated near neighbours Crusaders in the last round while Ardstraw got the better of Downpatrick by the odd goal in five.