Blues prove too strong for Mallards in Harry Cavan Cup 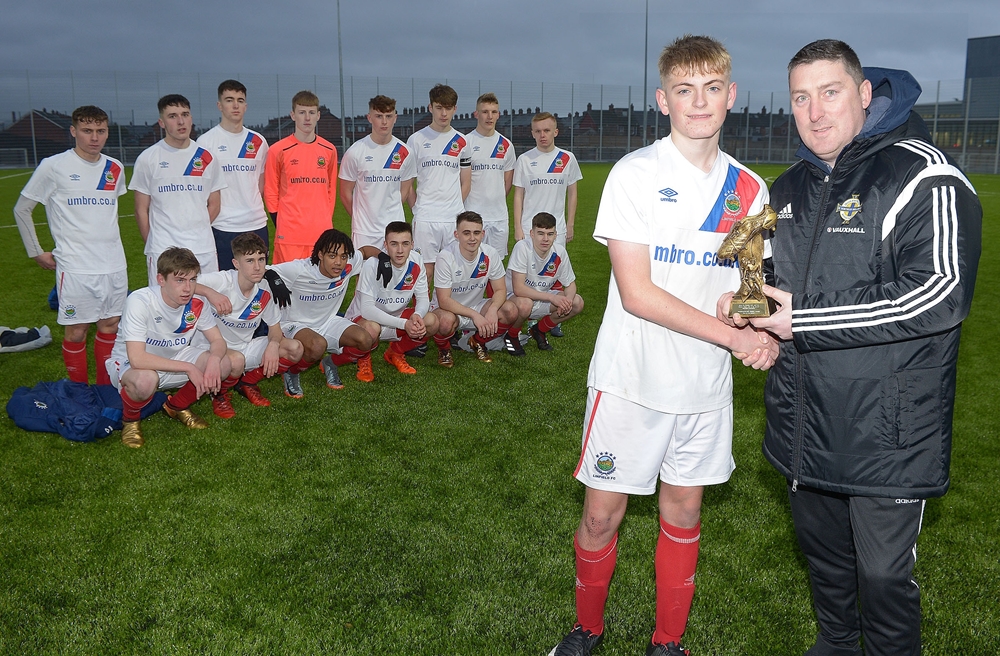 Ben Wylie claimed the match ball with a hat-trick as holders Linfield Rangers continued their defence of the Harry Cavan Youth Cup with a 5-3 quarter-final defeat of Ballinamallard United Youth at Midgley Park.

In a repeat of last season's final, both sides started the game looking to attack. And it was perhaps no surprise that the deadlock was broken as early as the seventh minute when Andy Boyd fired the Mallards in front when he made the most of a near-post opportunity.

Linfield levelled as the half-hour approached courtesy of a free-kick from man of the match Ben Wylie. His powerful set piece, from fully 25 yards, soared into the back of the Ballinamallard net leaving keeper Harry Clarke rooted to the ground.

Both teams kept up the pressure. Linfield edged into the lead on 39 minutes when the Ballinamallard defence failed to clear their lines allowing Ross Wetherup to punish them with a cool, confident finish.

Then, within two minutes, Wylie made it 3-1 with a close range effort to give the Blues a commanding lead at the break.

The Mallards came storming out of the blocks at the start of the second half when Boyd doubled his tally from inside the box to bring the visitors back into the game.

And barely a minute later they were back on level terms when Pearse McNabb executed a neat half volley which flashed past David Walsh in the Linfield goal.

The game really opened up then and both sides had chances but nothing substantial was created until Linfield struck again in the 70th minute with that man Wylie getting the all-important goal with a strike inside the 18-yard box to give him his hat-trick.

Ballinamallard pushed forward in an attempt to force extra time but alas this was to eventually cost them the game when the Blues exploited a gap for Ethan Wynne to tap home the fifth right on the final whistle.

Linfield will be joined in the last four by Cliftonville Strollers, Glenavon Youth and Coleraine Academy. 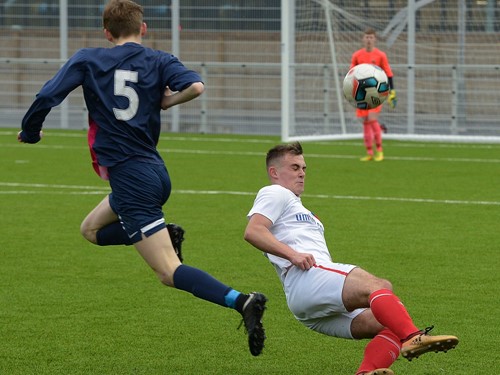 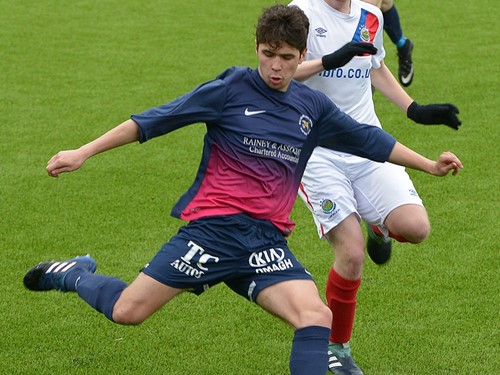 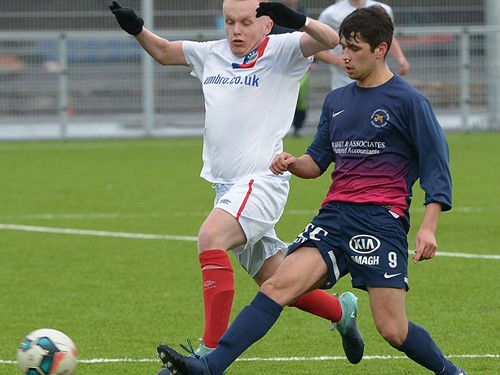 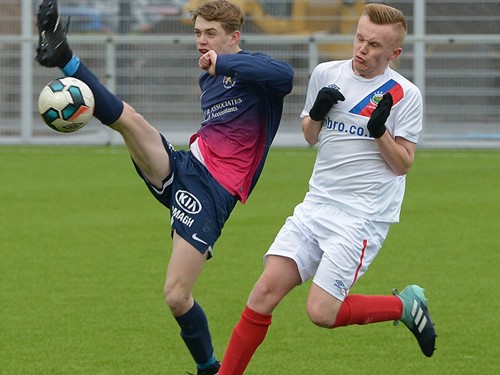 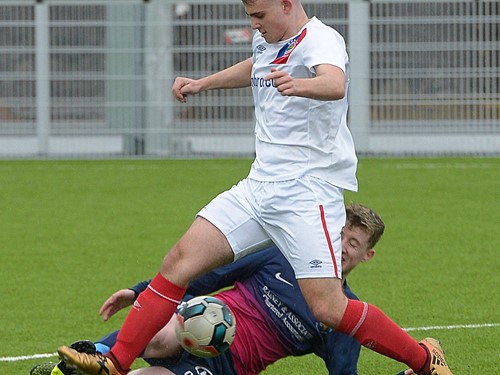 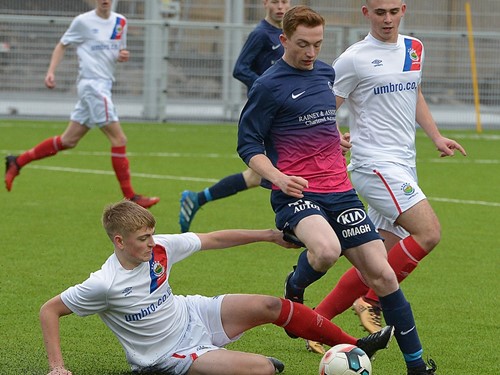 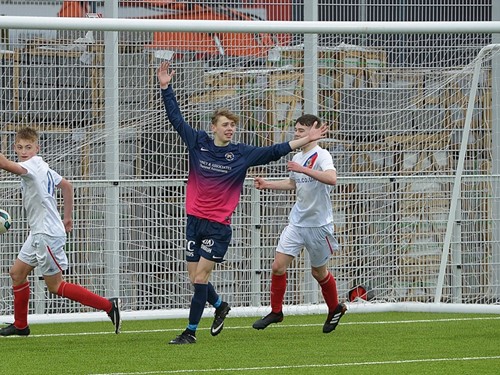 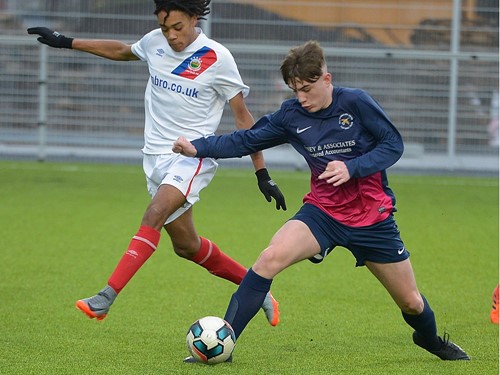 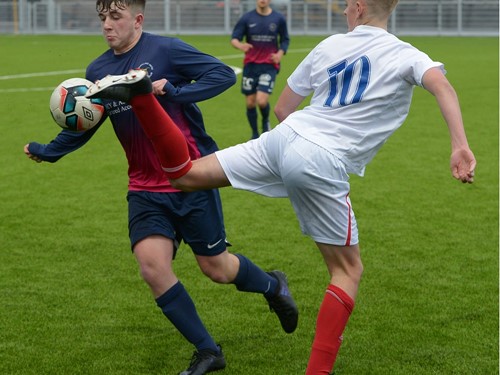 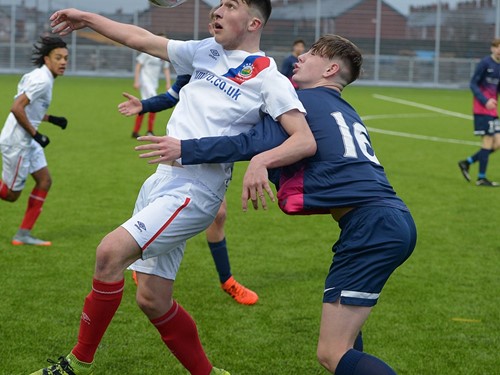 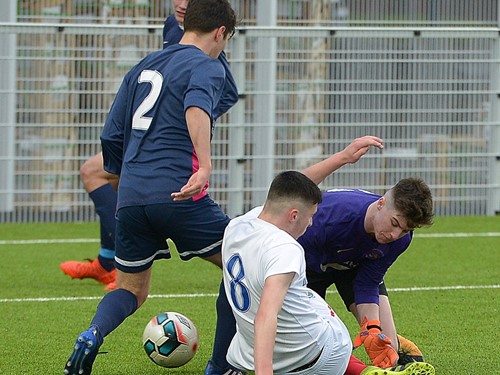