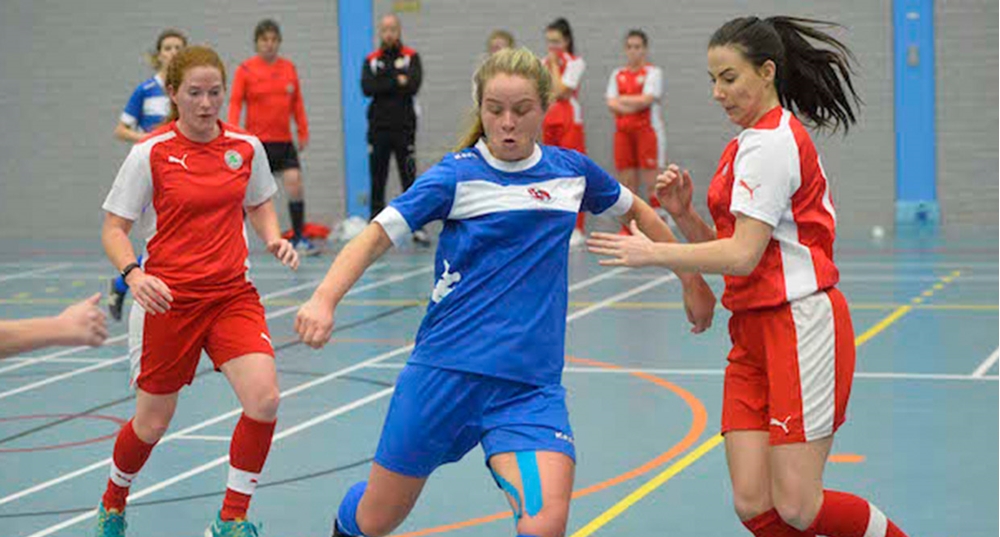 Cliftonville Ladies could set up a second final appearance in a row when they take on East Belfast Ladies in the Women's Futsal Cup semi-finals.

They will be hoping to go one better in 2018 after losing out to north Belfast rivals Crusaders Strikers in last year's decider. They were defeated 11-7.

The Strikers are out of the 2018 competition already so the Reds will fancy their chances of getting their hands on the trophy this time around.

They are one of only two NIFL Women’s Premiership sides still represented in the competition. Linfield Ladies, who won the league title in 2017, will face Portadown Ladies in the other semi-final.

Both matches are being played at Shankill Leisure Centre in Belfast this Friday evening (23 January) with 7.30 kick-off times.

The two teams that progress will play at the same venue in the final, which is scheduled to take place on 2 February.

The draw for the semi-finals is: