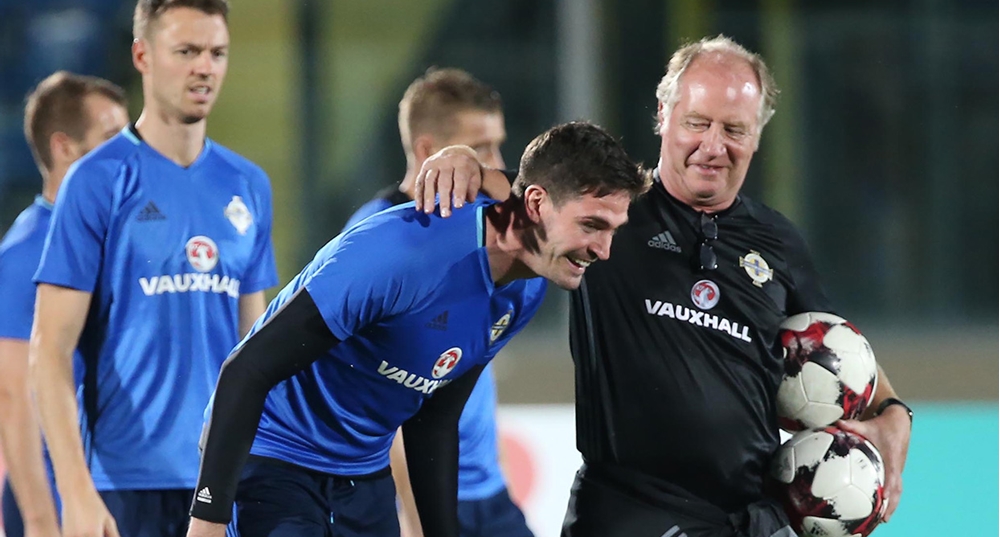 Northern Ireland assistant manager Jimmy Nicholl has revealed he is aiming to put his experience to good use on his return to Rangers.

Jimmy, who had two spells as a player at Ibrox, has been appointed assistant boss at the Glasgow giants and is now working alongside Graeme Murty, who has been installed in the hotseat in Govan until at least the end of this season.

The former Northern Ireland international, who played at two World Cups and won 73 caps for his country, is getting to know the Rangers squad in America this week.

It is the winter break in the Scottish Premiership so Murty has taken his men across the pond to compete in the Florida Cup against Brazilian sides Atletico Mineiro and Corinthians.

Jimmy’s first game as Rangers’ number two on Scottish soil will be a fourth round Scottish Cup tie away to Fraserburgh on 21 January.

The 61-year-old is relishing his new role with the ‘Gers. He told news agencies: “At my age I’m still grateful that people think you can do a job. The satisfaction you get is the fact that the manager and people think you have got something to offer. I’ll do my best to offer whatever I can.”

Speaking to Rangers TV from Florida, Jimmy further revealed he wants to use all his experience to help Graeme Murty and the coaches and players at Rangers.

He said: “Experience for me is when you’ve been in loads of different situations and nothing surprises you because you’ve been through all those situations with players and ups and downs with clubs.

“You can go ‘oh coaches, I remember this happened to me five years ago and this is how we handled it’.

“But I think the biggest thing is with the players. I can tell the players that 35 years ago I was playing in front of 10 or 11,000 at Ibrox and Aberdeen and Dundee United were winning everything and Rangers were sitting third, fourth or fifth in the league.

“It is how you handle it and you have got to enjoy it. Don’t wait until you are not here to appreciate what you had.

“You’ve just got to instill that in them because anybody that has an opportunity to work here, play here, they have to grasp the opportunity.”

The former Manchester United and Rangers full-back, who joins Rangers from Scottish Championship side Falkirk, where he was assistant to Paul Hartley since October, also revealed he still has a great hunger for the game.

“You can’t just say ‘I’m at a big club with a big salary’, it goes beyond that. You’ve got to think that you want to achieve something now.”

Jimmy became Michael O’Neill’s number two back in March 2015 and will continue in his role with Northern Ireland.

He began his managerial career at Raith Rovers, where he was player-manager, in 1990 and won the Scottish League Cup and the Scottish First Division title during his seven seasons with the club. He subsequently managed Millwall, Raith for a second time, Dunfermline (caretaker), Hibernian (caretaker) and Cowdenbeath (twice). His last stint as a number one was with Cowden where he resigned in May 2015.