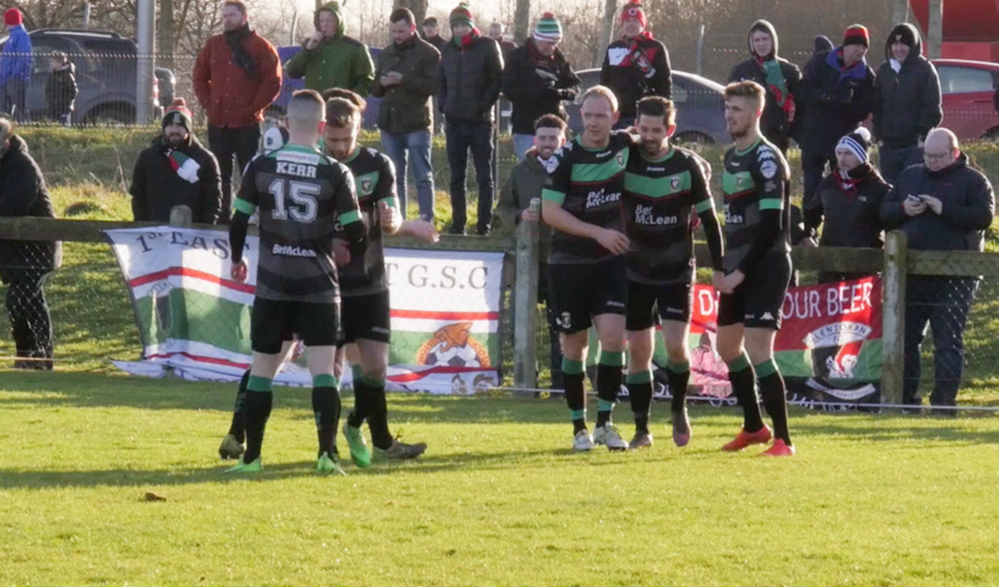 The visitors went into half-time with a two goal lead thanks to striker Curtis Allen and an own goal by Celtic’s Brian Toland.

Glentoran missed a number of chances to extend their lead in the second half before Aaron Rodgers slotted home for the Lurgan side for a consolation goal on 90 minutes.

Morris said: “It was a scrappy game, they made it tough. It was a tricky game, but thankfully we came through it.

“We’re through to the next round. We were conformable, up until late on. We hit the crossbar twice and the keepers’ made two or three good saves. We came here and we got the job done.”

Watch the full interview with Elliott Morris by clicking on the image at the top of this page.