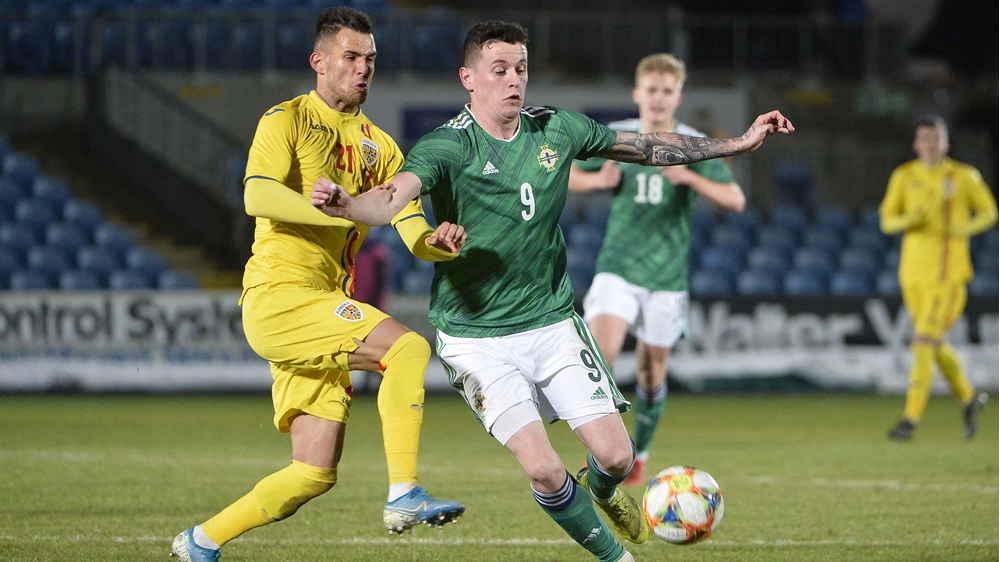 Northern Ireland under-21 striker David Parkhouse has joined League Two Stevenage on loan until the end of the season from Sheffield United.

This will be the 20-year-old’s second loan spell away from Bramall Lane this season having scored 19 goals in 39 games for Derry City during a six-month stint at the Brandywell.

Parkhouse tweeted: “Delighted to have signed until the end of the season @StevenageFC. Great club and glad to be a part of it!”

The Strabane-born forward, who has scored twice in 14 outings for Ian Baraclough’s under-21 side, will now link up with two other Northern Ireland players at Broadhall Way, Ben Kennedy and under-19 striker Liam Smyth.

Stevenage, who are currently stranded at the bottom of League Two, could give an instant debut to Parkhouse in their encounter away to Grimsby Town this evening.