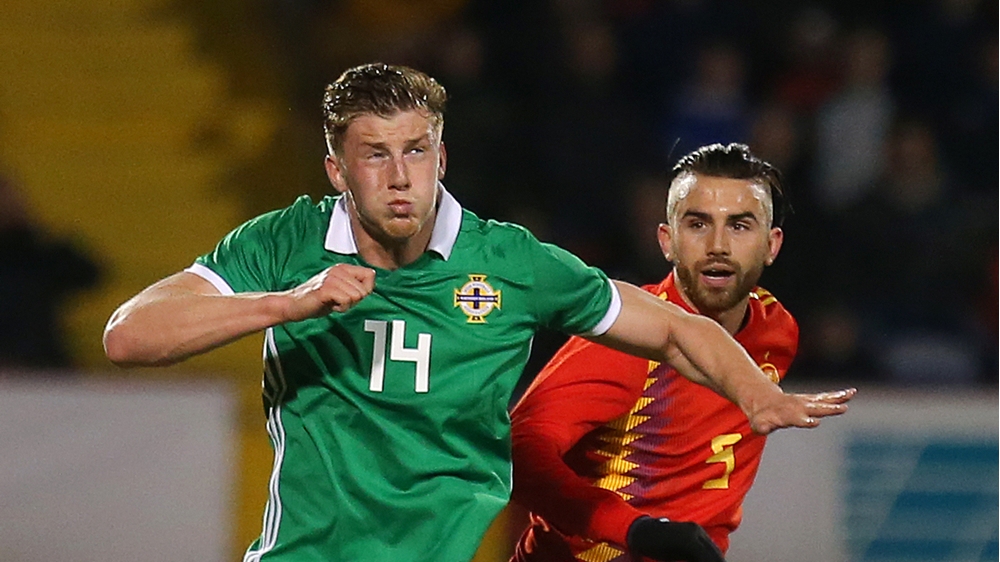 Former Northern Under-21 international Ben Hall has signed a deal with Scottish League One side Falkirk until the end of the season.

The 22-year-old was recently released by Partick Thistle and he was being courted by a number of clubs before Falkirk stepped in to secure the Enniskillen-born central defender’s signature.

The central defender began his career at Motherwell, breaking into the first team at Fir Park as a teenager before sealing a dream move to Brighton & Hove Albion.

After three years at the Amex, and a successful loan spell at Notts County, he was released by the Premier League outfit last summer.

Speaking to the club website, head coach David McCracken said: “We have moved quickly with Ben. He had interest from clubs in higher leagues than ourselves both in Scotland and elsewhere so it was important we got him tied up as early as possible.”

“We are really, really pleased to get the deal for Ben over the line,” added joint head coach Lee Miller. “He made a big impact in the Premiership at Motherwell before moving down south and continuing his development at a Premier League club.

“Things maybe haven’t quite gone for him recently, but we believe we have a great player on our hands. He is still young and myself and David are really excited about the impact we believe he can make here.”