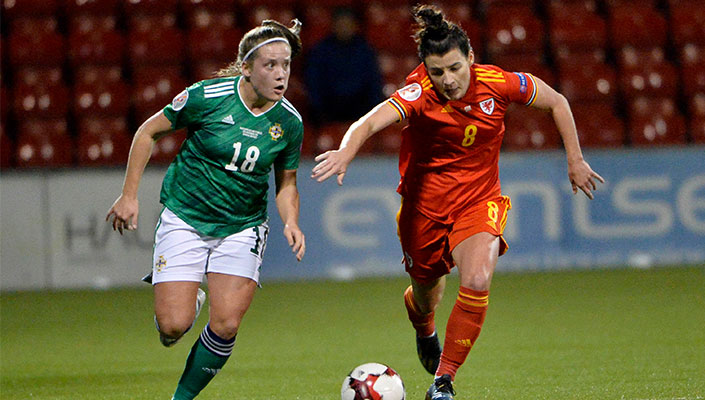 The midfielder, who has 16 caps for Northern Ireland, leaves FA Women's Championship side Durham Women to join the Glasgow club on a two year deal.

Bell began her career with Linfield Ladies and in that time also played for the Northern Ireland U17s and captained the U19 side.

In the last six months she has impressed with Durham in the Championship and also for Northern Ireland in the opening four games of the UEFA Women's Euro 2021 qualifiers.

Speaking to RangersTV the midfielder said: “To be honest this has been the best Christmas present for me, I just can’t wait to get started.

“I have supported Rangers since I was a kid so signing here was a bit of a no-brainer for me and that is something that makes it very special for me, because it is my team.

“It is an exciting time to join the club, what Greg (Vignal) and Amy (McDonald) are doing is really, really special and I think it can only be good for Rangers. It is a really exciting time to be part of this women’s team."

She joins Rangers at an exciting time with fellow International Demi Vance also signing a professional contract at the club just before Christmas.

Bell told RangersTV: “I am playing with Demi (Vance) and a couple of my international teammates here and that can be nothing but good for us.

“I think signing here will also boost my international career; a professional environment will only make me a better player, which will make me perform better and do better when I go to Northern Ireland."