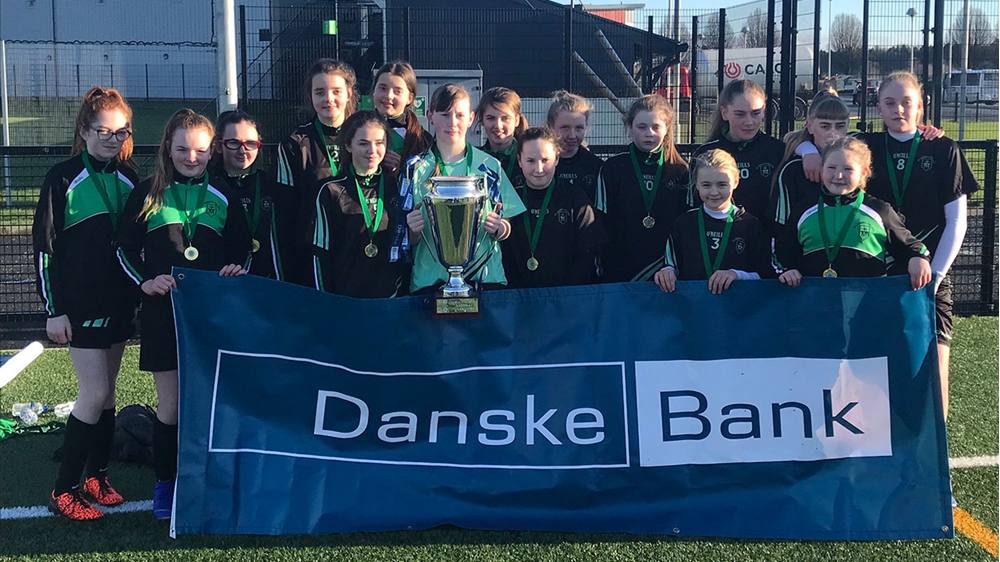 Ten girls’ 11-a-side school teams will be battling it out at Valley Leisure Centre next week to be crowned champions of Northern Ireland.

The Newtownabbey sports centre is set to host the annual Danske Bank-sponsored finals for under-15 girls’ teams on Tuesday (28 January).

Winners and runners-up from five heats staged across Northern Ireland in the first part of the school year will be in action at the Valley.

Castlederg High School (winners) and Omagh Academy (runners-up) earned their places at the finals via the Tyrone/Fermanagh heat, while Newry High and Banbridge High reached finals day after finishing first and second respectively at the Craigavon regional contest.

Current trophy holders West Belfast school St Louise’s Comprehensive College, however, will not be there to defend their crown as they failed to make it through from the Belfast regional heat. It was won by south Belfast school St Joseph’s, with north Belfast’s Hazelwood College claiming the runners-up spot.

Wintry conditions meant Derry-Londonderry school St Cecilia’s College were unable to travel to the finals last year, however they will be hoping the weather is kinder in 2020 as they head to the Valley after winning the Derry heat. The number two berth in the North-West was filled by Coleraine’s Loreto College.

North Belfast school Mercy College will also be at next week’s tournament after winning the Antrim heat and joining them will be Antrim runners-up Abbey Community College.

More than 30 schools – the teams are made up of pupils from Years 9-11 - were involved in the five regional qualifying tournaments this season.

At Tuesday’s finals the 10 competing schools will be randomly drawn into two round-robin groups with the top two from each group advancing to the semi-finals stage and so on.