Michael names panel for matches against Hungary, Turkey and Lithuania 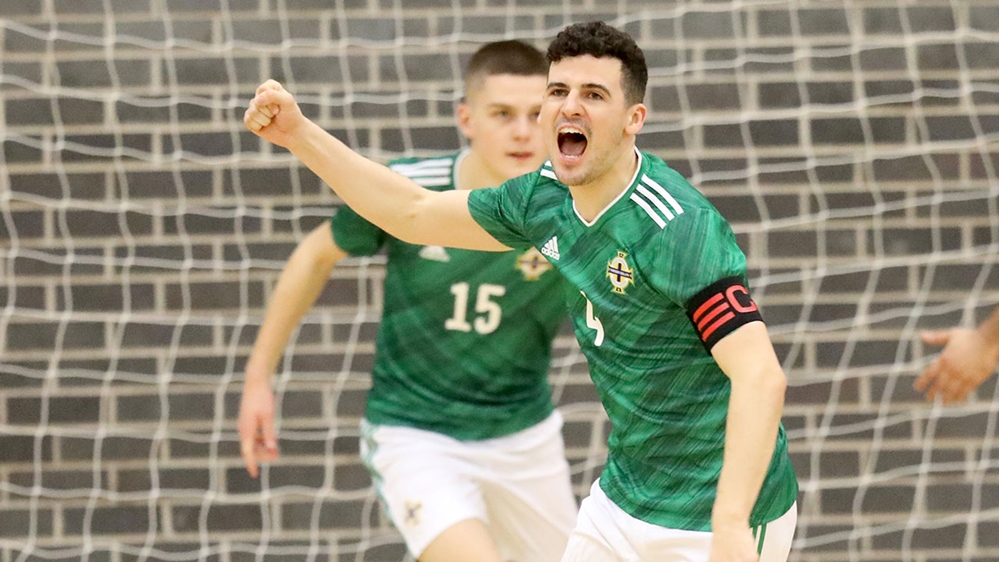 Michael’s panel for the three matches is unchanged from the one that competed against Gibraltar in two friendly internationals in Newry earlier this month.

Northern Ireland, who registered an emphatic win and a narrow defeat against the Gibraltarians, are set to face Hungary, Turkey and the Lithuanians in the preliminary round of UEFA Futsal Euro 2022 qualifiers from Wednesday to Saturday.

Michael said: “The group have prepared well for these games and have shown signs of improvement in our involvement in the Home Nations Championship in December and in the games against Gibraltar at the start of the month.

“The Euro qualifiers provide opportunities for us to test ourselves against strong opposition and see how much we have improved in recent years.  We know we will face incredibly difficult tests against Hungary, Lithuania and Turkey but the squad are looking forward to giving of their best in these games.”

Game one in Preliminary Round Group E will see Northern Ireland take on Hungary in Jonava next Wednesday (29 January).

The following day they will be back at the Jonava Arena to face hosts Lithuania, while their final game is against Turkey at the same venue on Saturday 1 February.

The Northern Ireland men’s futsal squad for stage one of the Euro qualifiers features.