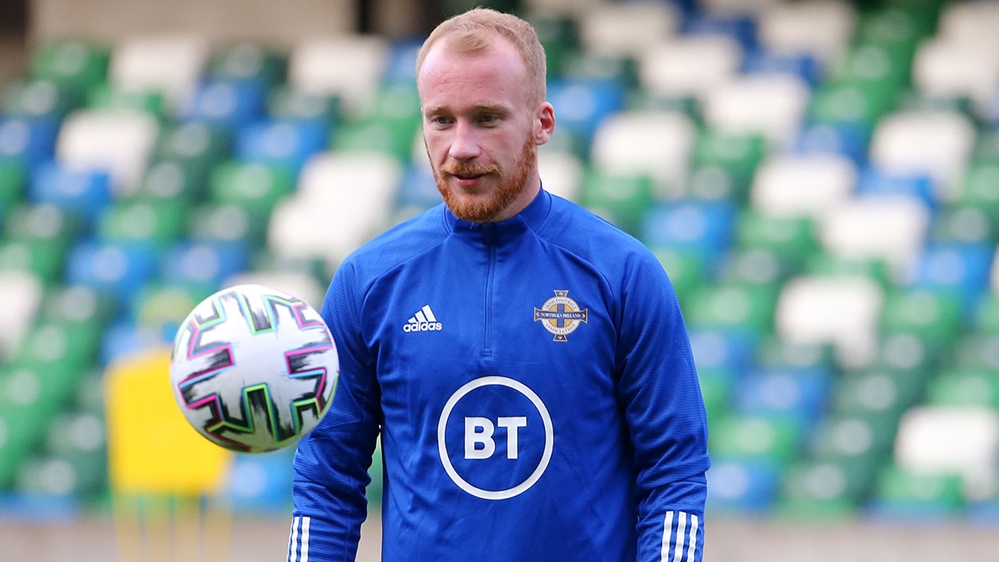 Striker Liam Boyce marked his debut for Hearts in dramatic fashion after hitting a late winner against title challengers Rangers to give the Edinburgh outfit a much needed 2-1 victory on Sunday.

The 28-year-old, who only joined the Jambos 24-hours earlier, stunned Steven Gerrard’s charges when his deflected effort gave the Scottish Premiership’s bottom side the lead seven minutes from time.

Speaking to Sky Sports Liam Boyce said: “Unbelievable - it’s just the best start I could have wished for.

“I only came in yesterday and hadn’t trained since Wednesday, so I didn’t know if I was going to be starting, but the gaffer put me in and thankfully we got the victory.”

Hearts boss Daniel Stendel was full of praise for his new signing from Burton Albion who was visibly struggling with a muscle injury in the final quarter of the contest.

“It wasn’t easy for Liam Boyce,” Stendel told the Hearts website. “He didn’t train with the team before the game but we are convinced he is the right player for us, and the goal was great today, but also his performance. In the first half you can see he improved our game so much.

“After 65 minutes, he was very tired and asked to come off,” Stendel added, “but we can't substitute 10 players so he had to stay on, it was his decision and the right decision, and I feel he is the right personality for our team. He can be very important for us."

Also scoring on his debut was Enniskillen-born Ben Hall who found the net twice in Falkirk’s emphatic 6-0 win over Forfar Athletic in Scottish League One.

“The first one came in and I just stuck my foot out and it went in the net,” said the former Motherwell and Brighton defender. “The second goal though was a good ball in from Louis (Longbridge) and I just glanced it into the corner so I’m delighted with them.”

Elsewhere, Northern Ireland under-21 midfielder Ally McCann opened the scoring for St Johnstone in their 2-1 win at home to Kilmarnock with his second goal of the campaign.

In League One, Stephen Dooley earned Rochdale a point following his 68th minute equaliser at home to Gillingham while striker Dion Charles chalked up his eighth of the season as Accrington Stanley secured a 1-1 draw at Burton Albion.

The only other Northern Ireland player to get on the scoresheet over the weekend was Carl Winchester who found the net for Forest Green Rovers in their 2-1 defeat at Macclesfield Town.

Meanwhile, in the FA Cup, Josh Magennis came off the bench for Hull City against Chelsea and won the free-kick that led to the home side’s consolation in the 2-1 reverse against Frank Lampard’s outfit.

Goalkeeper Bailey Peacock-Farrell was an unused substitute as Burnley went out of the competition to Norwich City who had Jamal Lewis starting the game and Michael McGovern on the bench.

Former Glenavon midfielder Mark Sykes helped Oxford United earn a replay after the League One side held Newcastle United to a scoreless draw at St James Park while Jonny Evans was rested as Leicester City won a tricky fourth-round tie 1-0 at Brentford.

Finally, Rory Holden provided an assist for Walsall’s consolation goal in the 2-1 defeat at Carlisle United; it was his eighth for the Saddlers since joining them on-loan from Bristol City in the summer.