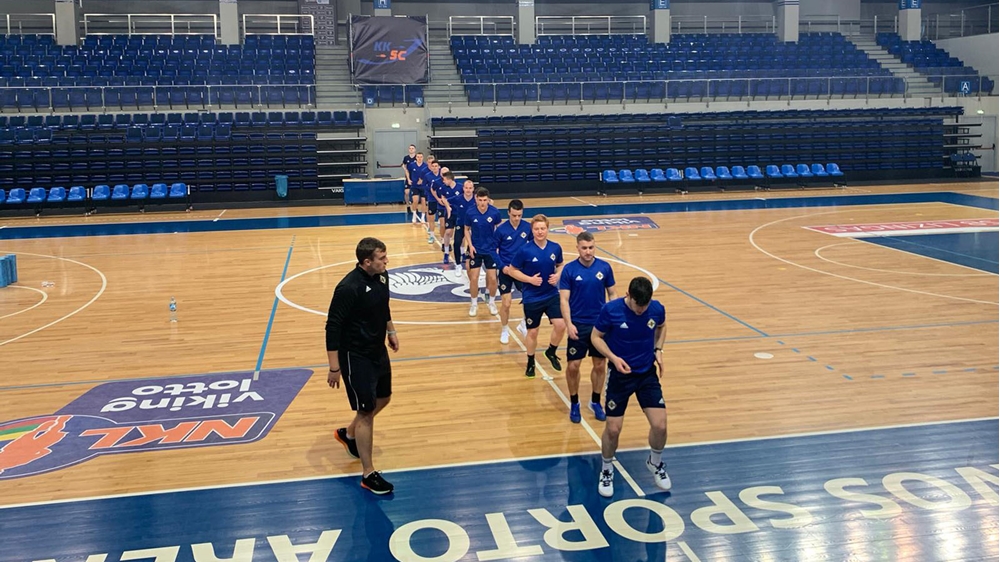 Hungary proved too strong for Jonathan Michael’s side in Jonava earlier today, running out 7-2 winners in a UEFA Futsal Euro 2022 preliminary round tie.

Northern Ireland fell behind with just over four minutes on the clock in game one in Preliminary Round Group E when the ball bounced off Northern Ireland winger Conor Glenholmes into his own net.

Hungary had a flurry of chances before going two up through Imre Nagy before Janos Rabl notched goal number three for the Hungarians and Patrik Pal quickly added a fourth.

Northern Ireland clawed a goal back on 18 minutes through Craig Taylor before Conor Millar added a second for Michael's men.

Hungary cranked things up and piled on the pressure in the closing stages. And they secured the victory with goals from Norbert Horvath (two) and Richard David.

Northern Ireland will be back at the Jonava Arena to face hosts Lithuania on Thursday (30 January), while their final game is against Turkey at the same venue on Saturday 1 February.