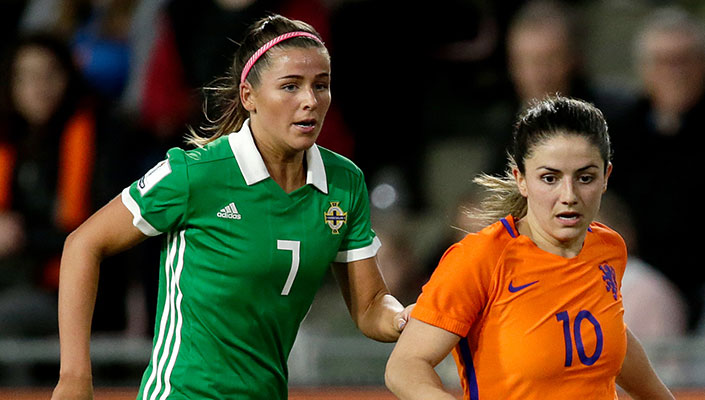 Watling began her club career with Charlton Athletic where she made 54 appearances and won the 2010/11 FA Women’s Premier League Southern Division title. Since then the 27-year-old has had spells with Millwall Lionesses and Crystal Palace.

She won't be the only Northern Ireland international at the club with defender Rachel Newborough also playing for the Addicks who currently sit bottom of the table by one point but have three games in hand over most teams in the league.

Speaking to cafcwomen.co.uk, she said: “I’m really happy, excited and looking forward to the second half of the season.

“First of all my target was to enjoy football which I’ve started to do straight away. Now my targets are to get into the team, help the team on and off the pitch, start winning some games and hopefully get some goals and assists along the way.”

Watling made her Northern Ireland debut in October 2015 against Georgia in a 3-0 win and so far has 24 caps to her name. Her first game could be this weekend as Charlton face Blackburn Rovers on Sunday.