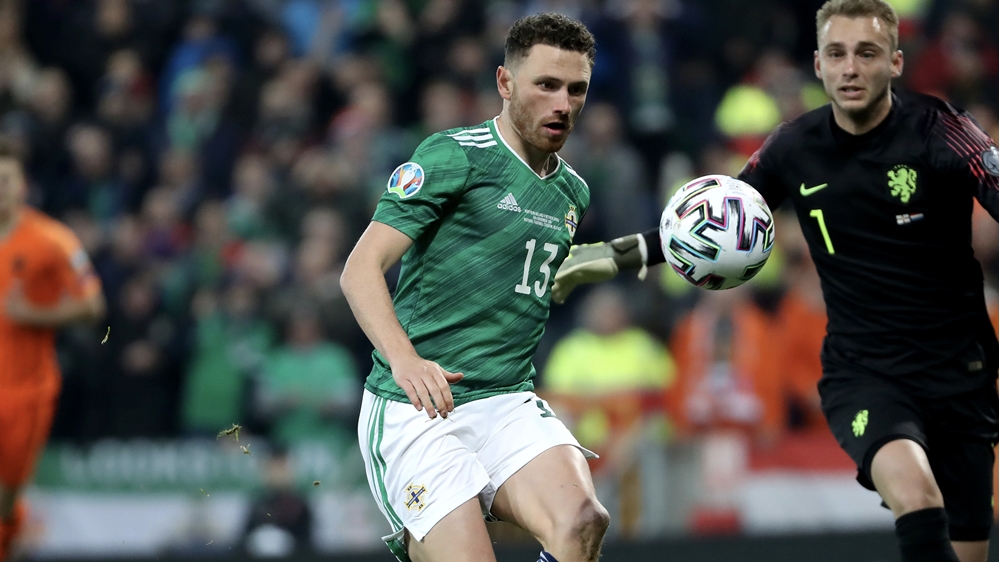 Northern Ireland midfielder Corry Evans is on the mend following a successful operation on a fractured skull and shattered eye socket, his club have confirmed.

The 29-year-old suffered the horrific injuries earlier this month when playing for Blackburn Rovers in a Championship match against Preston North End.

It appears Evans, who has 59 caps for his country, could be out of action for some time and will likely miss Northern Ireland’s Euro 2020 play-off semi-final against Bosnia and Herzegovina at the end of March and any potential play-off final five days later.

“Corry’s had his operation and it went very well apparently," Mowbray told the Blackburn website.

“He’s going to spend between 10 days and a fortnight at home with his family, and the surgeons have said that it went as well as it could have done. It’s a period of maybe six to eight weeks of waiting really.

“You can’t strengthen a facial injury, but he’ll be back in the building in 10 days or so keeping himself fit.”

He further revealed Rovers will give him “all the time he needs” to make a full recovery.

Mowbray pointed out: “Eventually at some stage we’ll get him heading foam footballs and getting that confidence back when it comes to heading a ball.

“We can’t be putting timescales on the injury. It’s psychological and about getting that confidence back in making contact with the ball.

“We’ll give him all the time he needs to get back on the grass with his boots on. The injury will hopefully take care of itself and he’ll be back soon.”

The Blackburn boss also revealed he is an admirer of Corry’s character traits.

“Corry is a single minded individual and is very forthright in his views, which is something I really like," he said.

“He’s driven and wants to be successful. He has had a really good spell with Northern Ireland and he’s someone I’ve always liked."

Evans, who was at Manchester United and Hull City before joining Rovers in August 2013, was making his 200th appearance for Blackburn when he was stretchered off the pitch following a collision with Preston skipper Tom Clarke. Scans subsequently revealed the extent of the damage to his face.