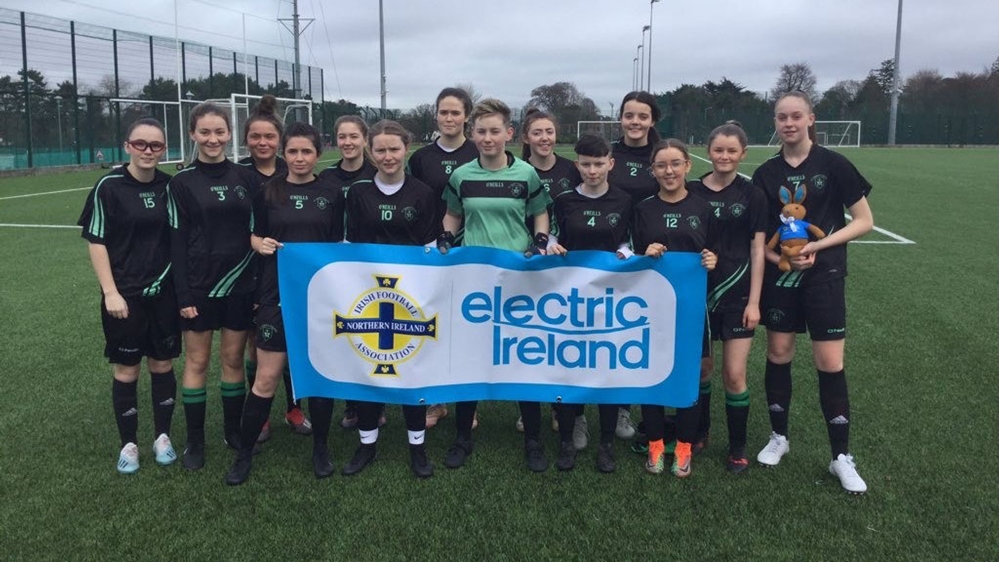 The tie of the round in the last eight of this season’s Electric Ireland Senior Schools’ Cup certainly lived up to its billing: there were goals galore and the action-packed match was settled on a penalty shoot-out.

The quarter-final tie between Ballynahinch’s Assumption Grammar and west Belfast school St Louise’s Comprehensive was staged at The Dub in Belfast.

Despite Assumption having the better of the opening exchanges, it was St Louise’s who took the lead. A fine pass through the heart of the Assumption defence found striker Cara Morgan and she duly fired the ball into the net.

The first half remained even but just before half-time St Louise’s managed to double their lead when a corner kick found Meadbh Donnelly and she steered the ball into the bottom corner. 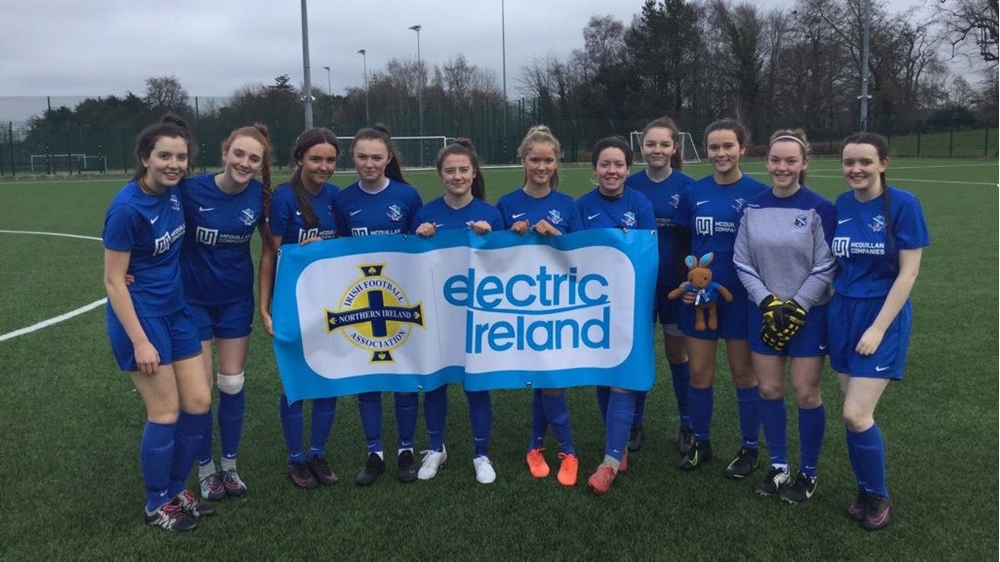 The second half started with Assumption on top and they forced several good saves from the St Louise’s goalkeeper.

Midway through the second half, however, the Belfast team increased their advantage. Carla Devine finished smartly after getting on the end of an incisive pass.

That goal sparked Assumption into action and they produced two quickfire goals. The first one was an excellent strike from range by Cara Tumelty, while the second was a good finish by Louise Sweeney from inside the box after some impressive build-up play.

The scores were then levelled thanks to another neat finish from Tumelty and her hat-trick came shortly after when she fired home an excellent free-kick from the edge of the area.

The game wasn’t over yet, however, and with the very last kick of regulation time Morgan scored with a free-kick to leave the score at 4-4.

The match went into extra time but defences were on top and after a quiet 10 minutes the game went to penalties.