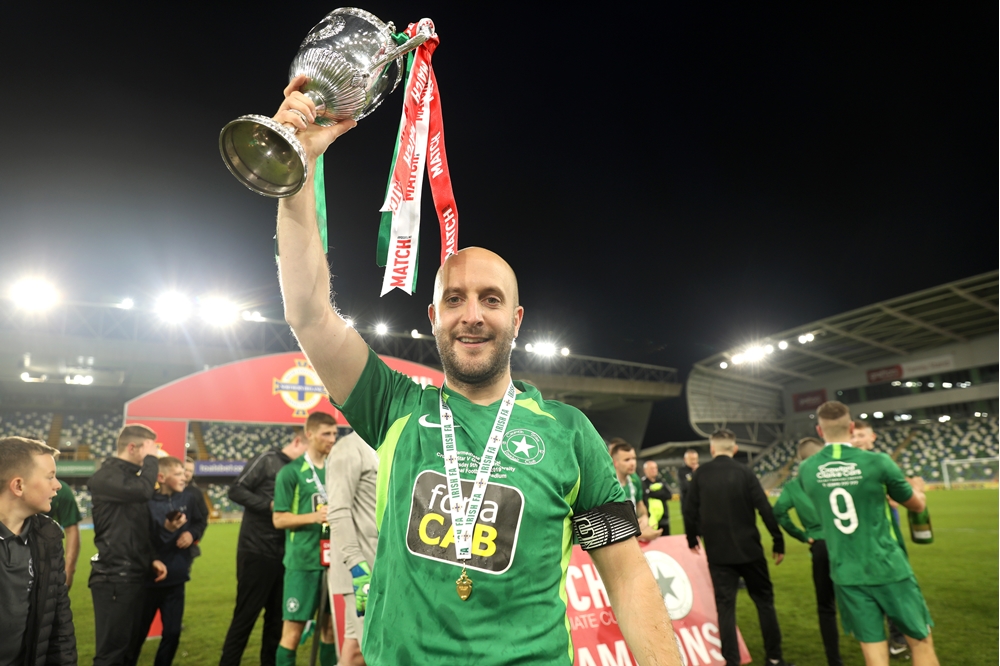 The draw has been made for the third round of this season’s McComb’s Coach Travel Intermediate Cup.

The third round games in the Irish FA competition will be played on Saturday 18 January, with each tie kicking off at 1.30pm.

Cup holders Crumlin Star have been drawn to face Limavady United away, while Rathfriland Rangers, who made it through to the sixth round of the Irish Cup on Saturday following an excellent win over Loughgall, have a home tie against Newbuildings United.

And Banbridge Town, who also progressed in the Irish Cup at the weekend after squeezing past East Belfast on penalties, will be facing Lisburn Distillery on their home ground.

The match between Belfast Celtic and Larne Tech OB, meanwhile, has been chosen as the tie of the round by the Irish FA Intermediate Cup Committee.

Co Armagh side Richhill have received a bye to the fourth round.

Seven clubs were excluded from the draw for fielding ineligible players in the second round. They are: 18th Newtownabbey OB, Ards Rangers, East Belfast, Killyleagh YC, Crusaders Reserves, Seapatrick and Maiden City.

The third round draw in full is as follows: