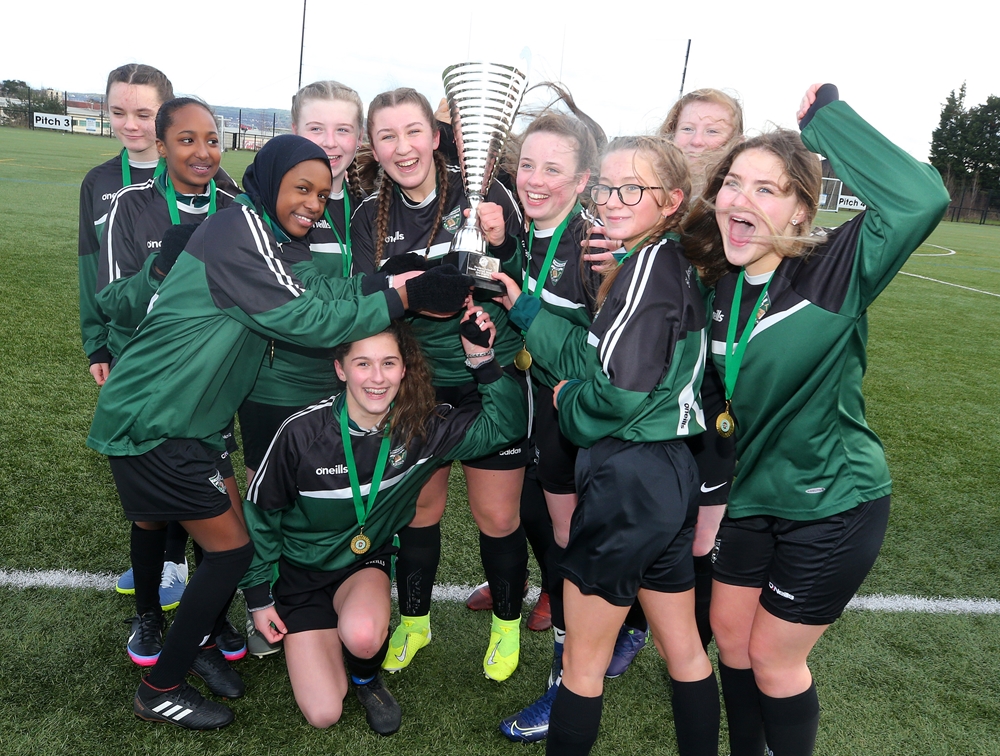 The south Belfast school claimed the trophy after winning a nail-biting penalty shootout against Newry High School in the final.

Ten girls’ 11-a-side school teams from across Northern Ireland battled it out at Valley Leisure Centre in Newtownabbey with the aim of becoming champions of Northern Ireland.

Winners and runners-up from five heats staged across the country in the first part of the school year attended the Danske Bank-sponsored finals for under-15 girls’ teams. They initially took part in round-robin matches within two groups.

In the first semi-final Newry High struggled to break down Omagh Academy and the game went to a penalty shootout, which Newry won 7-6.

In the other semi-final Castlederg started the stronger and scored the opening goal, however St Joseph’s College battled back to equalise. And then a second goal late on helped the Belfast school reach the final.

The decider between St Joseph’s College and Newry High was a very tight affair and neither school could break the other down, which led to another penalty shootout. 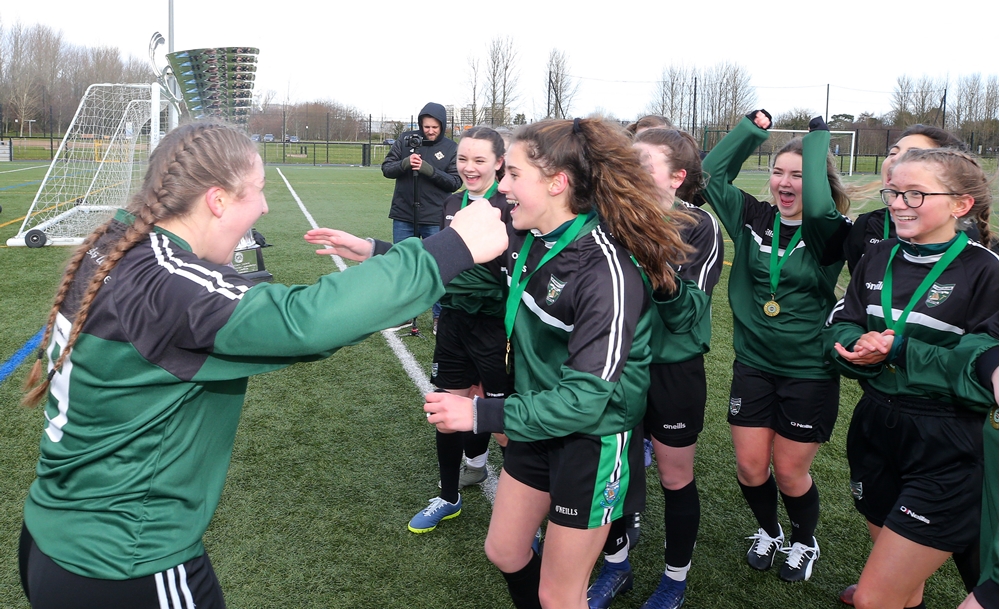 That meant St Joseph’s captain Natalia Orlowska (pictured above, left) was tasked with taking the 10th penalty and she duly stepped up to slot the ball home to ensure the trophy was heading for south Belfast thanks to a 5-4 win on penalties.