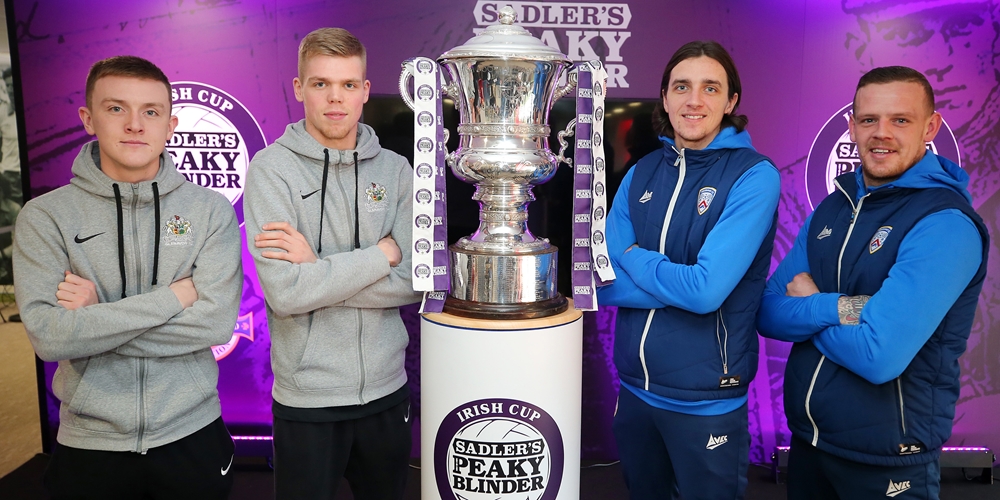 Wannabes against big guns, David v Goliath clashes, minnows facing minnows and heavyweight pairings… they will all be part of the heady mix in the Sadler’s Peaky Blinder Irish Cup fifth round tomorrow.

And this season’s fifth round - with new sponsor Sadler’s on board promoting its Peaky Blinder Lager - promises plenty of thrills and spills.

Glenavon against Coleraine at Mourneview Park in Lurgan takes top billing at heavyweight level. Both sides have won the trophy in recent years and will be keen to get their hands on it once again.

It’s not the only all-Premiership clash, however. Institute take on Dungannon Swifts at the Brandywell and no doubt both sides will be relishing an opportunity to register a morale-boosting cup victory away from the relegation dogfight.

And in a similar vein current Premiership leaders Cliftonville will be welcoming Mid-Ulster Intermediate League outfit Hanover to Solitude.

There are several Premiership v Championship fixtures, including cup holders Crusaders at home to Dundela, Queen’s University against Linfield at the Dub, Glentoran v Championship leaders Portadown, Ards against Carrick Rangers plus Warrenpoint Town versus PSNI.

Banbridge Town v East Belfast, meanwhile, is an all-intermediate tie, while Championship sides Ballyclare Comrades and Harland and Wolff Welders along with Knockbreda and Dergview will be facing each other tomorrow.

This season’s Irish Cup competition kicked off last August and will culminate in a showpiece final at the National Football Stadium in May. 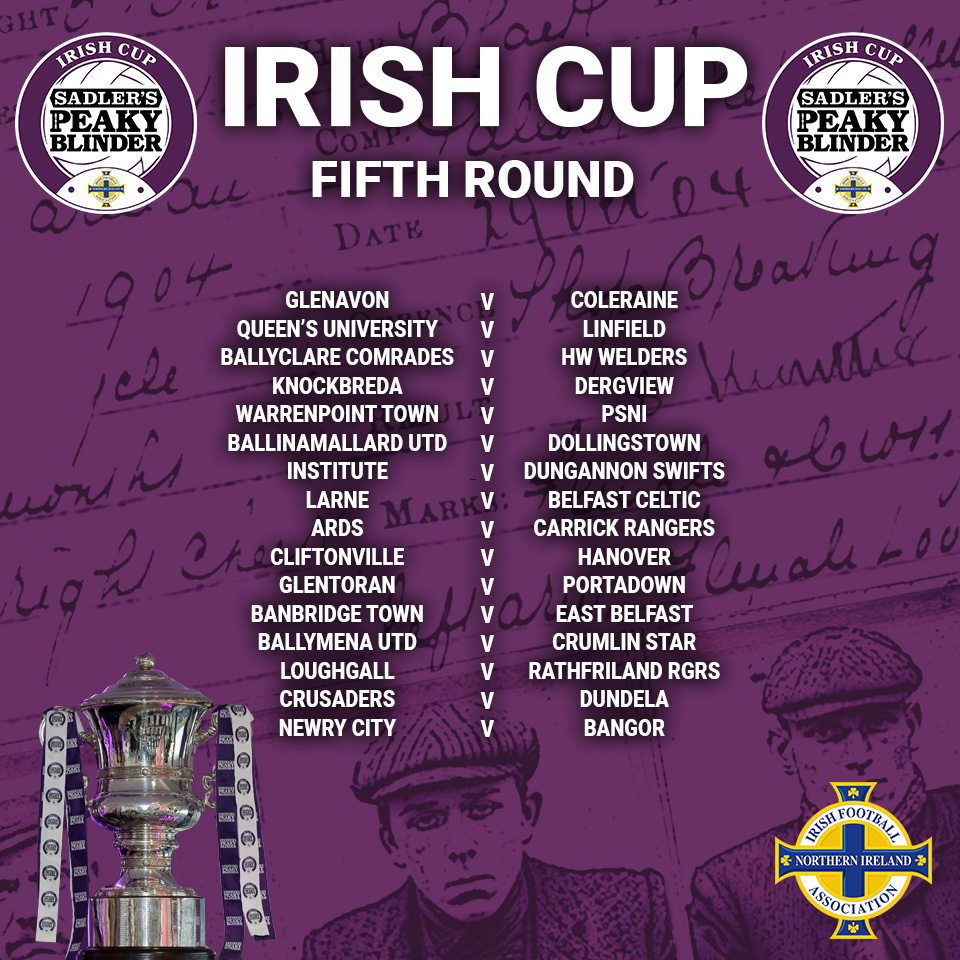