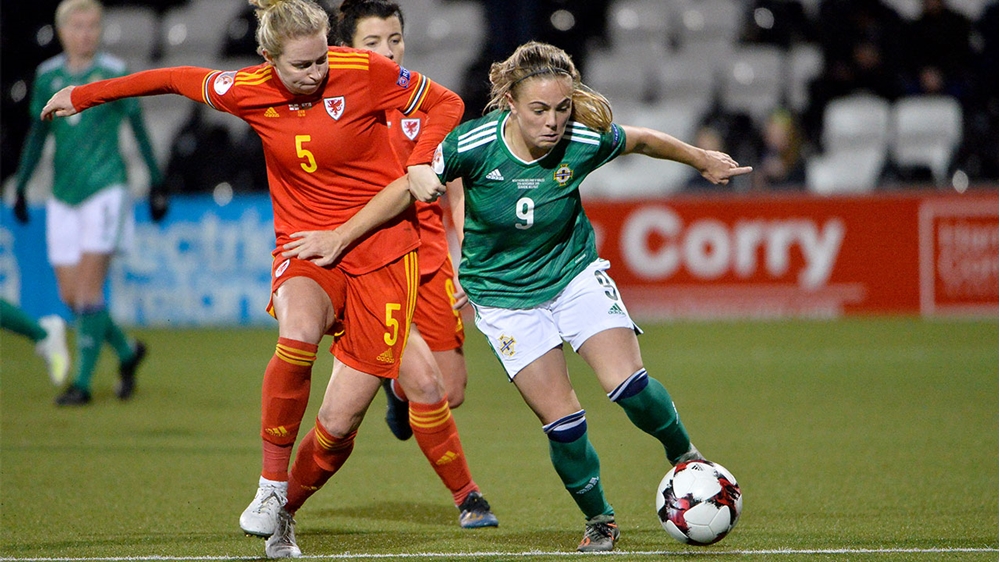 Northern Ireland’s senior women’s team will compete for the Pinatar Cup in Spain this spring, it has been confirmed.

Kenny Shiels’ squad are set to take on Scotland, Ukraine and Iceland at the annual tournament staged at the Pinatar Arena in Murcia (4-10 March).

The matches in Pinatar, which are all against nations much higher up the world rankings than Northern Ireland, will help Shiels’ team prepare for their crucial UEFA Women’s EURO 2021 qualifier away to Belarus in April.

Northern Ireland are due to begin their Pinatar Cup campaign with a game against Iceland, ranked 18th on the planet, on Wednesday 4 March (kick-off time TBC).

Next up is an encounter with Ukraine, currently ranked 27th in the world. That game takes place at the Pinatar Arena on 7 March (kick-off time TBC).

And the last of their three matches at the tournament is against the Scots on 10 March (kick-off time TBC). Scotland currently sit at number 22 in the Coca-Cola FIFA Women’s World Ranking list, 34 places ahead of Northern Ireland.

The away match against Belarus in UEFA Women’s EURO 2021 Qualifying Group C is scheduled for 14 April with the return fixture in Belfast on 5 June.

If Shiels’ team manage to win their remaining Group C fixtures and group leaders Norway defeat currently second-placed Wales twice - away in April and at home in September - then a UEFA Women’s EURO 2021 play-off spot for Northern Ireland is a distinct possibility.