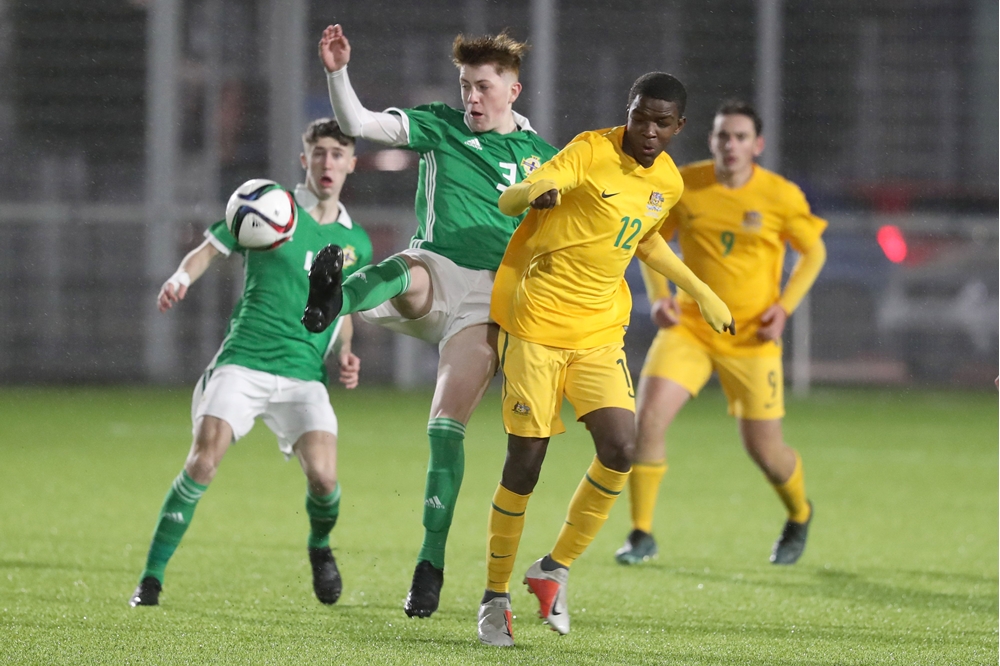 Northern Ireland’s U18 Schoolboys international team are set to face their Australian counterparts in a friendly next week.

Belfast’s Midgley Park is the venue for the match on Monday (20 January), with the action scheduled to begin at 3pm.

Last year’s U18 squad won the Centenary Shield and the encounter with the Australians is kick-starting the current U18 crop’s preparations as they aim to retain the trophy.

Team manager Frankie Wilson said: “Every year it is so difficult to choose the squad. More than 120 players have attended trials to be part of the panel and we have whittled it down to 17.

“The players are from schools and colleges all over Northern Ireland, with numerous clubs being represented. We have transformed the squad that won the Centenary Shield last year.”

Wilson has also added to his coaching staff with James Green, coach at St Columb’s College in Derry-Londonderry, joining the backroom team.

The manager added: “This match is a great opportunity for the players to get to grips with playing international football and we are very excited about giving them the opportunity to do so.”

The U18 Schoolboys team, which is run by the Northern Ireland Schools’ FA with support from the Irish Football Association, will be competing for the Centenary Shield this spring,