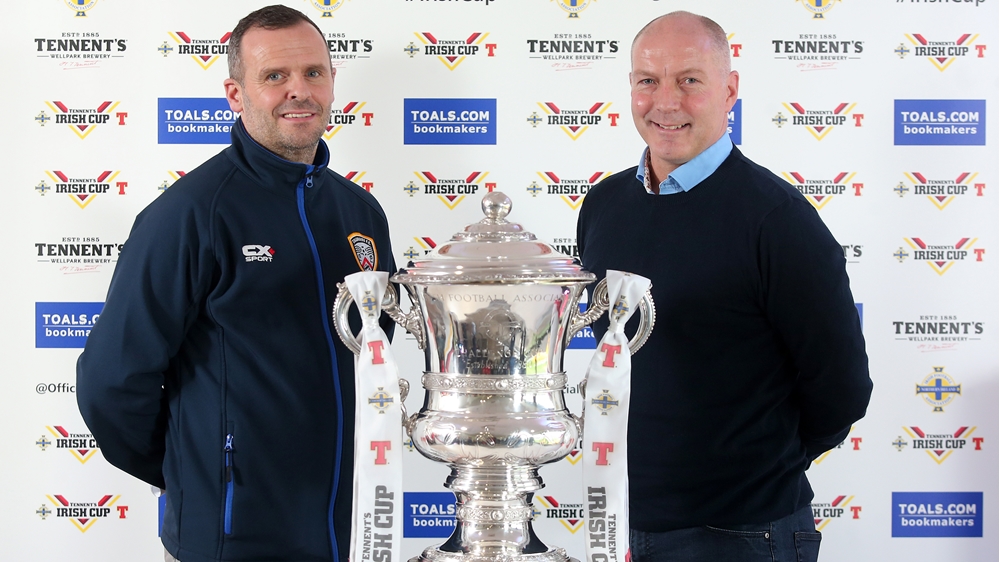 The fifth round draw for the Tennent's Irish Cup took place at the National Football Stadium at Windsor Park this afternoon with holders Coleraine given a home tie against Championship HW Welders.

The Bannsiders lifted the trophy for the sixth time when they defeated Cliftonville 3-1 in last year's showpiece thanks to goals from Darren McCauley, Aaron Burns and Eoin Bradley.

Linfield, the most successful team in the history of the competition, were also handed a home draw against Championship opposition in Ballyclare Comrades.

Amateur League Rosemount Rec, who ply their trade in Division 1C, were handed a dream trip away to Gary Hamilton's Glenavon.

The fifth round ties are set to be played on Saturday 5 January, 2019.