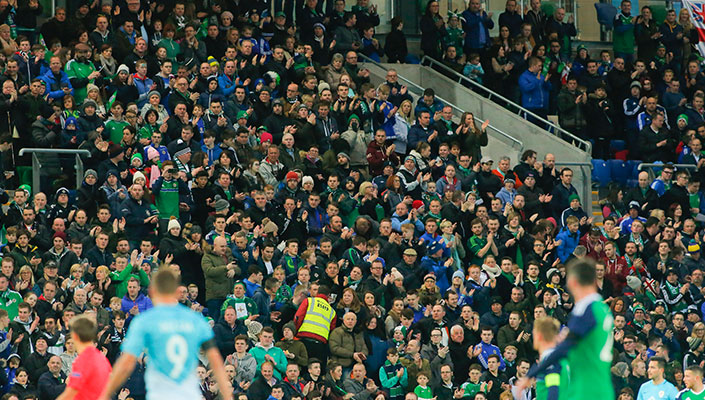 Those members who couldn't attend the match got together in Maloney's, Ballyrobert, Newtownabbey and decided that, instead of just watching the match, they would have a charity ballot and auction in aid of the children's charity.

A target of £300 was set and a first prize of a trip to watch NI in Lyon against Ukraine was donated by the club: https://www.justgiving.com/WWNISC

This now brings a total of £3000 raised by the Worldwide NISC for the charity over the last few years.

IFA Director of Football Development, Michael Boyd, who is a member of the Worldwide Northern Ireland Supporters' Club praised the fans, "I have seen first-hand how community focused the Worldwide club is and they are great ambassadors for Northern Ireland. I would like to congratulate them on the money they have raised for this very worthwhile charity".

The Worldwide NISC is an internet-based club which organises travel and match tickets for those fans who for some reason, cannot join one of the other many NISCs. If interested in joining, send an email to nifans@sky.com.