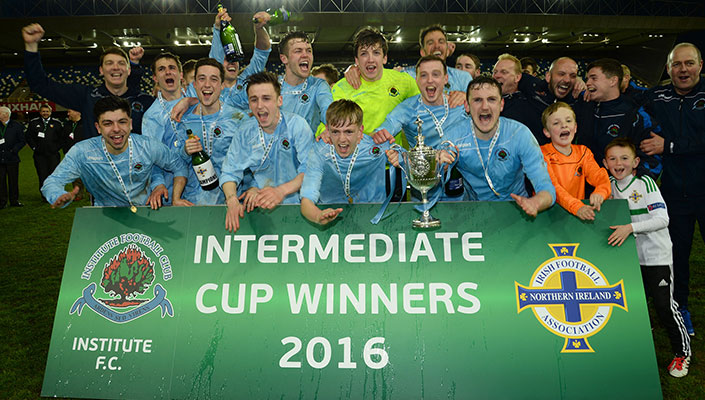 Gareth Brown bagged a double for Kevin Deery's charges before a late Shane McGinty spot-kick made sure the trophy would be heading to Drumahoe for the second time in four seasons.

Both 'keepers got early chances to get a feel for the ball as half chances were created at either end.

John Convery came closest on 18 minutes for Ards only to see his header tipped onto the woodwork by Martin Gallagher.

But it fell to Institute to seize the advantage when, on 21 minutes, Brown turned a low shot beyond the reach of Liam McAuley.

Back came Ards to duly equalise after half-an-hour thanks to Jordan Baker's header after connecting with James Cully's short corner.

That was how it stayed until the 74th minute when Brown doubled his tally for the evening after a moment of hesitation in the Ards rearguard allowed him to despatch the ball into the top corner.

Then, eight minutes from time, Shane McGinty put the issue beyond doubt sending McAuley the wrong way from the spot after a foul by Convery.