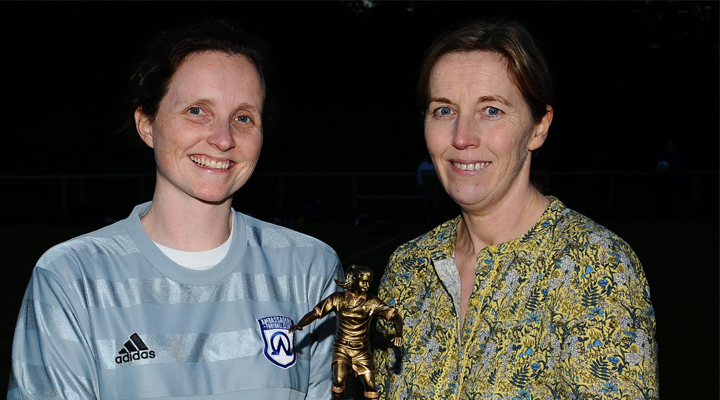 Monday, 16th May, saw the First Round of the IFA Women’s Cup take place and the Tie of the Round was Ambassadors Ladies v Carnmoney Ladies, a game that did not disappoint the neutrals.

From the initial whistle Carnmoney Ladies showed their intention to progress to the next round of this prestigious competition and within the first tenminutes of the game they had five shots on goal resulting in several fine saves from the Ambassadors Ladies keeper Kathy Pearse.

This relentless pressure finally took its toll in the thirteenth minute when an excellent strike from Carnmoney’s Kayleigh Earle saw the visitors take a deserved 1-0 lead.

However, from the pass back Ambassadors Ladies went to the attack and won several big tackles in mid field and in the sixteenthminute a through ball found the Ambassadors Ladies left wing Valerie Wilson in plenty of space and she showed a lot of composure to beat the advancing Carnmoney Ladies keeper to level the scores at 1-1.

Both teams were playing good passing football and the nexteight minutes were end to end chances for both teams.

It was only a matter of time before the next goal would come and in the twenty-fourth minute a fabulous 25 yard strike from Carnmoney’s Number 10, Hollie Johnston, nestled in the top corner of the net despite Pearse in goals getting her fingertips to the ball.

Once again the need to get another goal spurred on the home team and Ambassadors Ladies had several chances in the intervening minutes before Rachael Kerr for Ambassadors evaded the tackles of three Carnmoney players before blasting the equaliser past Aisling McCaughey in the Carnmoney nets.

It was an absolutely sublime individual goal.

The second half started at a frantic pace with once again Carnmoney Ladies applying mounting pressure on the Ambassadors Ladies defence and keeper and with Carnmoney pushing players forward.

In the forty-ninth minute the Ambassadors keeper kicked the ball to Stacey Hamilton who was loitering in the Carnmoney half.

Despite finding herself in a one-on-one position with the keeper she was unable to put Ambassadors in the lead in this game due to an extremely brave dive by the keeper to claim the ball from Hamilton’s feet.

An unlucky deflection by an Ambassadors defender in the fifty-first minute saw the ball nestle in the net despite the best endeavours of Pearse in the Ambassadors net and Carnmoney once again took the lead: Ambassadors Ladies 2 v Carnmoney Ladies 3.

In the fifty-ninth minute a high ball into the Ambassadors box saw a heavy clash between a Carnmoney forward and the Ambassadors keeper and there were a few worrying minutes for the Ambassadors team and supporters as Pearse was on the ground receiving treatment.

Thankfully, the keeper was able to continue and the game ebbed and flowed from one box to the other with half chances for both teams.

Carnmoney were unlucky to see an excellent strike come off the post in the seventy-sixthminute and Ambassadors had a goal rightly ruled offside in the eighty-second minute.

However, in the eighty –eighth minute Carnmoney Ladies sealed the victory and ensured progression to the next round of the Irish Women’s Cup when Hollie Johnston was able to drift in at the back post, superbly control the pass to her, spin and slot it into the far corner of the Ambassadors net to win the game.

Player of the match was Ambassadors Ladies goalkeeper, Kathy Pearse. 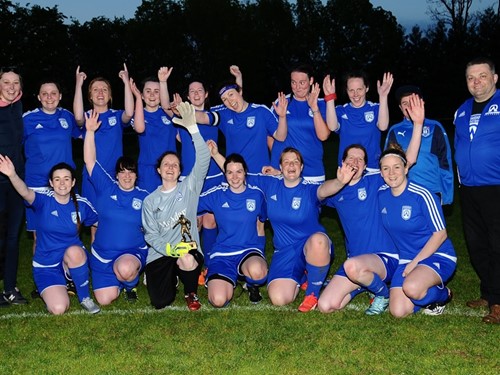 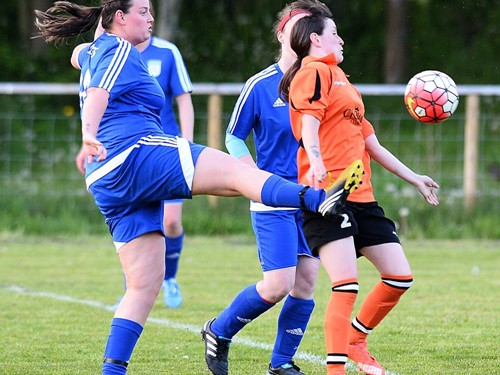 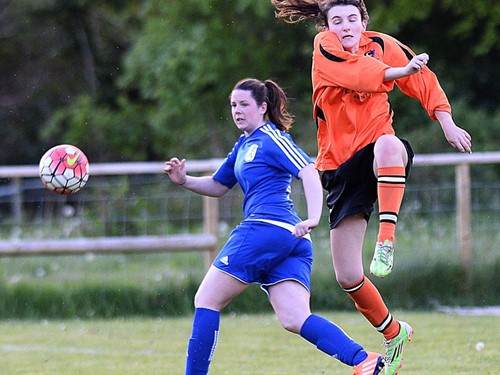 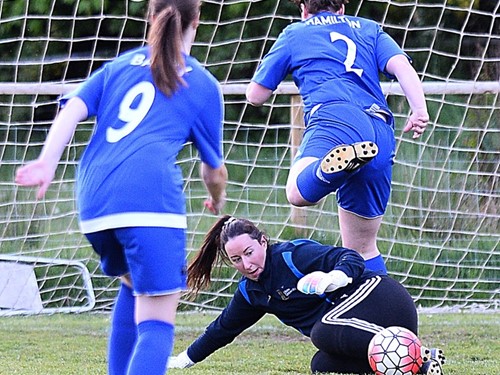 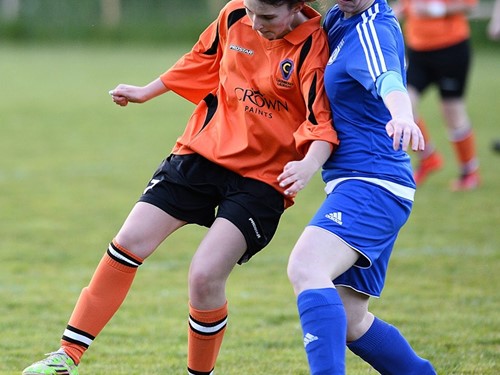 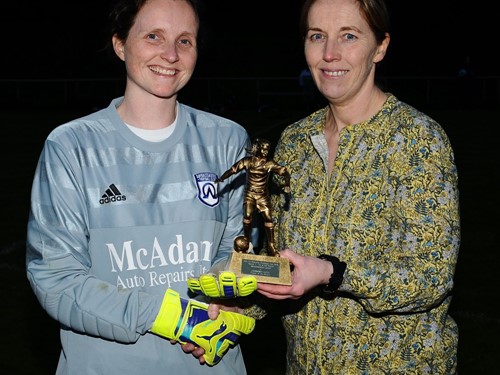 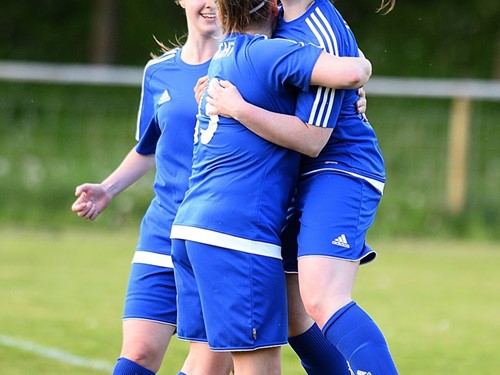 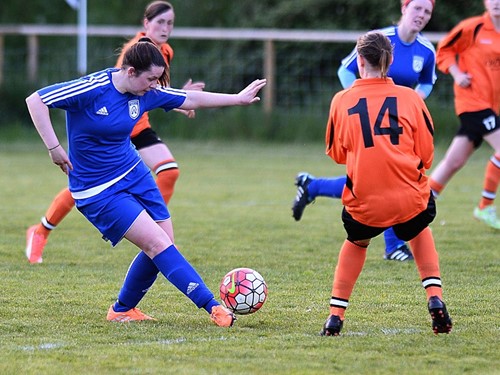 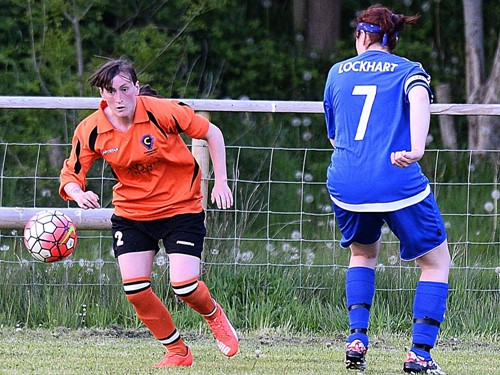 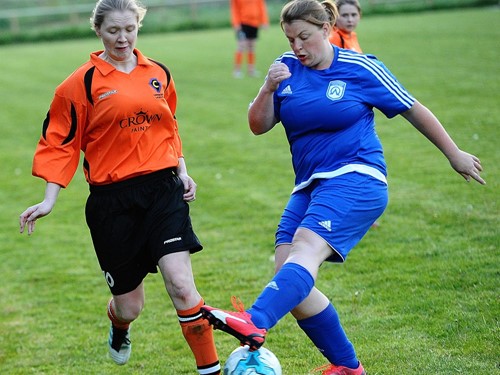 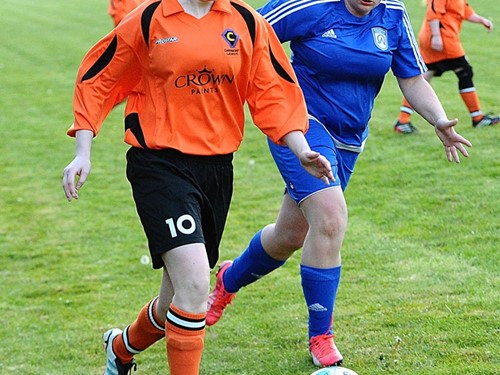 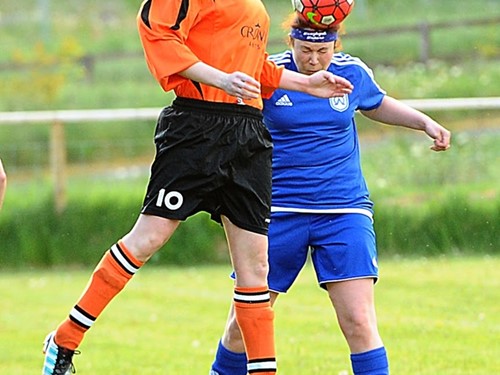 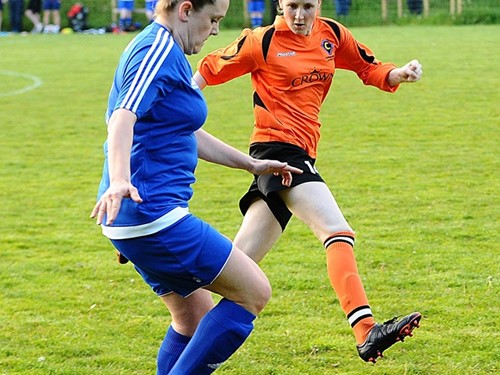 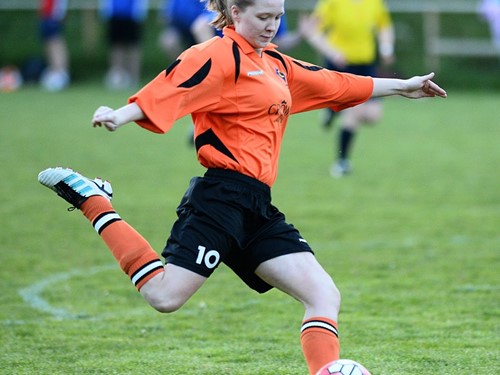 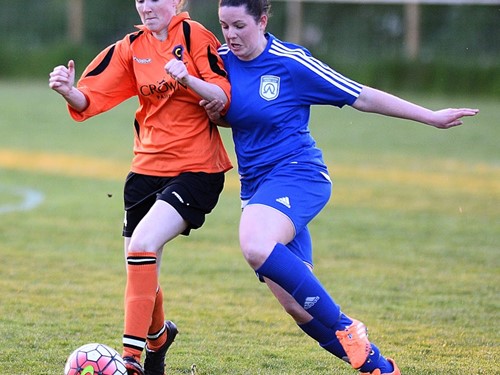 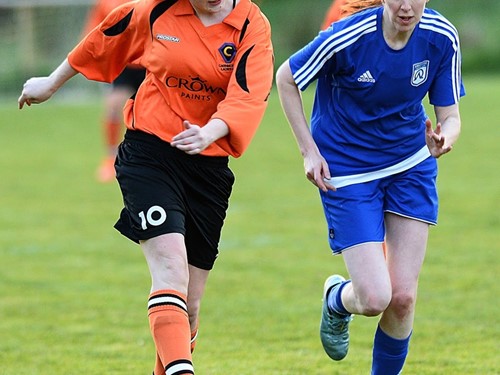 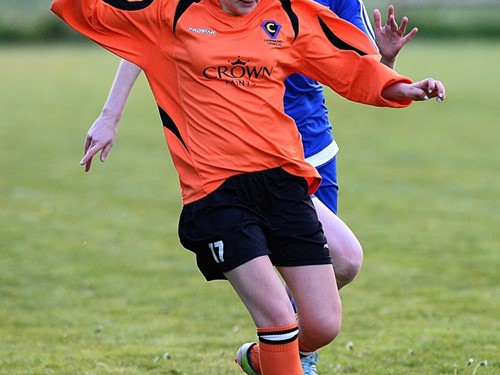 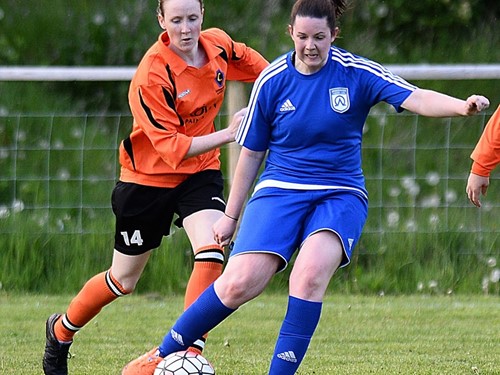 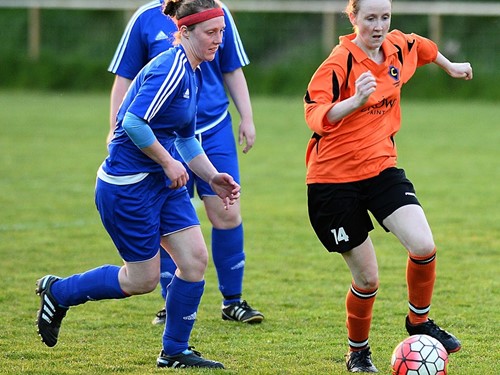 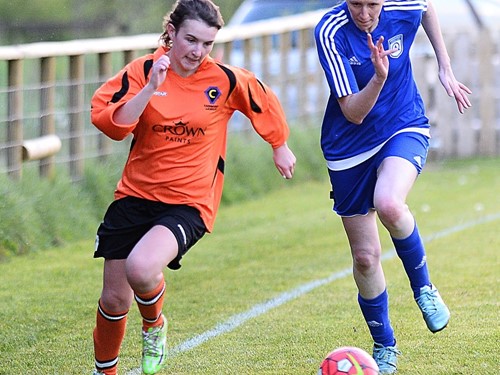