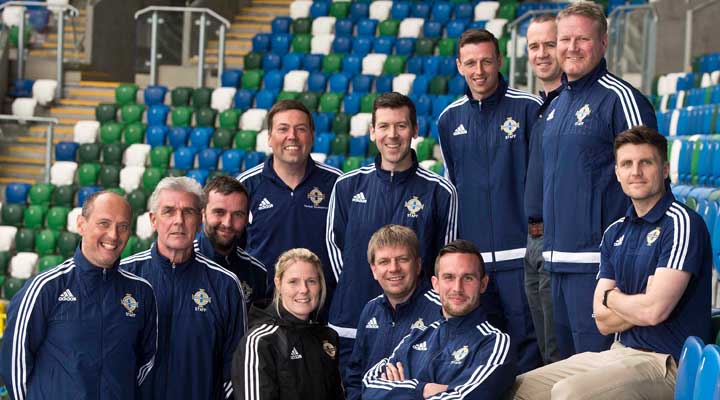 On Sunday May 15th 2016, the Irish Football Association in association with the Northern Ireland Football League successfully delivered a joint Club Development Conference at the National Football Stadium.

The content of the conference was designed to ensure clubs across all levels of the game in Northern Ireland found it beneficial whilst also offering specific workshops for the benefit of the NIFL clubs in attendance.

Over 140 people attended the conference including representatives from organisations such as the IFA, NI Schools FA and Sport Northern Ireland as well as a fantastic turnout of over 52 clubs from all levels of the game; Disability, NIBFA, NIWFA, NIFL and the Amateur Leagues.

This type of association wide support was a testament to the high level of delivery provided and the wide range of topics covered.  A key element of the design process was ensuring the workshops provided were relevant to a range of personnel within clubs, such as Administrators, Coaches, Heads of Youth, Media Officers, Supporter Liaison Officers, Fundraisers, Medical Teams and Physios.

“Club and Volunteer Development is recognised as a key area in our future development and is an objective within our Youth Strategy, Let Them Play. The conference was a fantastic way to bring together clubs and volunteers from all levels of the game and offer support to ensure the service provided both on and off the pitch continues to improve.”

This conference was the first of its kind as it was delivered as a joint initiative between the Irish Football Association and the Northern Ireland Football League. It provided the perfect opportunity to introduce the recently appointed IFA Youth Development Co-Ordinators who will be working predominantly with NIFL clubs in developing youth football structures and to ultimately see more players being produced.

‘’ The conference marked the end of the first year of our Club Development programme and we were delighted with the turnout from our clubs. NIFL is committed to supporting the development of our clubs and the conference was not only a great opportunity to showcase some best practice plus look at new areas to develop but also get feedback from our clubs as to how we shape our future.’’