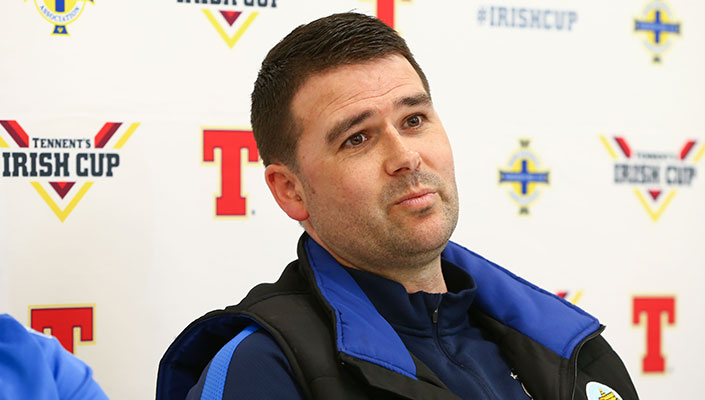 Linfield manager David Healy says he's honoured to lead out his side as they take on Glenavon in the Tennent's Irish Cup Final on Saturday.

Northern Ireland's record goalscorer took over the reins at the Belfast club in October and could end the campaign with his first and Linfield's 43rd Irish Cup.

"I've been involved in Irish Cup Finals before as a fan or as an ambassador, so to be here and to lead this great club out on the 7th of May is a great honour."

To hear more from Healy ahead of Saturday's final, watch below