Striker Liam Boyce was again on target for Hearts after his second half penalty gave the Edinburgh outfit all three points in their tough Scottish Championship encounter at Ayr United at the weekend.

Boyce, whose 48th minute spot-kick was his 11th goal of the season for the Jam Tarts, admitted after the match that he was not bothered who scores the goals, as long as Hearts can keep on winning.

“We said a few games ago that we wanted to keep more clean sheets so we’d be in a good position to win games,” said the former Cliftonville frontman.

“To be honest, I don’t care who scores or anything like that, we just need to keep on winning every game.”

Elsewhere midfielder Rachel Furness ended her nine-game goal famine after finding the net for Liverpool Women’s in their 2-2 draw at Charlton Athletic on Sunday. 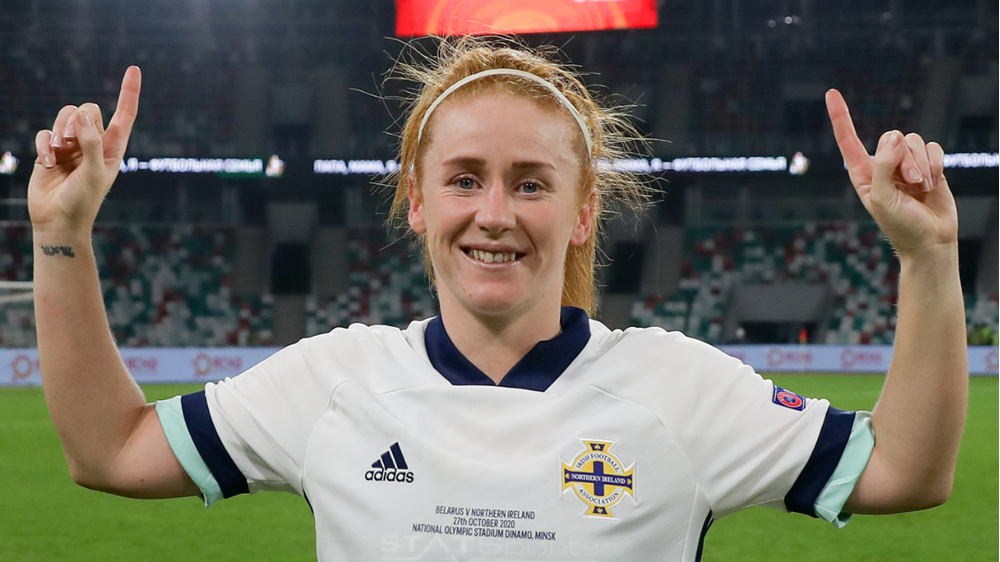 Speaking to irishfa.com, Furness said: “Of course it’s always nice to get on the scoresheet and help the team. It’s been a tough period for me recently just coming back from injury.

“So to play 90 minutes and get on the scoresheet is an extra bonus, I’m just disappointed we couldn’t come away with three points.”

Like the rest of the Northern Ireland squad, Furness is excited at the prospect of lining up for Kenny Shiels’ side in the glamour friendly against England later this month.

“Knowing we are coming up against one the best countries in the world I think shows how far we have come as a country over this last year.

“It’s something I’ve dreamt of and wanted for a very long time. So, personally, I can’t wait for the challenge.”

'It’s been a tough period for me recently just coming back from injury. So to play 90 minutes and get on the scoresheet is an extra bonus'

In the Championship George Saville and Paddy McNair were part of the Middlesbrough team that fell to a crushing 4-1 home defeat to Brentford.

Meanwhile, in League One Jordan Jones came off the bench to make his League debut for Sunderland in the 2-2 draw at MK Dons, however central defender Tom Flanagan had to pull out of the game shortly before kick-off.

“He just felt his calf in the warm-up,” explained Black Cats' boss Lee Johnson, “It didn’t ping or anything like that, it was just tightness, hopefully it isn’t too bad.”

Charlton Athletic striker Conor Washington was also absent through injury, though Addicks boss Lee Bowyer insisted it was only a precautionary move.

“We didn’t take the risk with Conor,” admitted Bowyer, “If we really wanted him to be on the bench then we could have but we aren’t going to gain anything by rushing him back and trying to push it.

“We’ll give him an extra couple of days and he’ll start training on Monday.”

In the Premier League, Jonny Evans started Leicester City’s scoreless draw at Wolves while Jamal Lewis was in the Newcastle United team that recorded a second successive victory following their 3-2 success at home to Southampton.