Meet Sarah McFadden, the versatile veteran who hopes to inspire the next generation 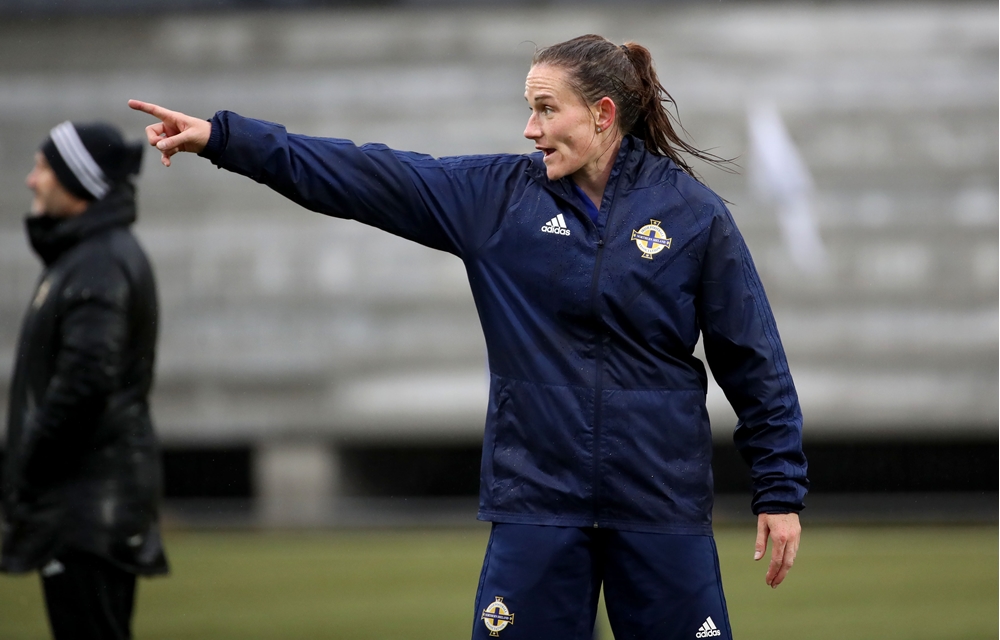 Sarah Robson (nee McFadden) is one of the most experienced, and most versatile, players in Kenny Shiels’ squad.

The 33-year-old largely operates as a central midfielder or a centre back these days but has also been known to play up front.

She played for Northern Ireland at Under-14, U15, U17 and U19 levels before turning out for the senior international team, for whom she has earned 74 caps. She made her senior debut in 2005.

Originally from Bellaghy in Co Londonderry, Sarah currently lives in the North-East of England where she plays for Durham Women in the FA Women’s Championship.

She started her career with Moyola Park Ladies in Castledawson before moving to Ballymena United Allstars. Stints with Icelandic teams Fylkir, Grindavik and FH followed – just after she spent three years in the United States playing varsity football after winning a scholarship to the University of Southern Mississippi.

After her Icelandic adventure she joined Sunderland Women for five years. She switched to Durham in 2017.

Sarah does not have a favourite team or favourite player, however she loves watching Premier League football.

“I am proud of every cap I have received for Northern Ireland and proud that I am still involved in the set-up after all these years."

France are still the best team she has ever played against. That was back in 2010, where she came up against Camile Abily, one of her toughest opponents to date. Sarah quipped: “We couldn’t get close to them.”

More recently the best players she has faced are Arsenal Women and Netherlands star Vivianne Miedema and Barcelona Women and Norway player Caroline Graham Hansen. “Abily, Miedema and Hansen are all outstanding footballers,” she said.

The best ground she has played at is the Philips Stadium, home to Dutch giants PSV Eindhoven. When Northern Ireland Women played Netherlands there in 2018 around 35,000 spectators were in attendance.

Sarah remembers first kicking a ball around the age of eight when at primary school, and she revealed: “I didn’t have the chance to play for a team until I was 13 as there were no pathways back then.”

Although no single person has inspired her during her career, she says playing for her country has always driven her on. 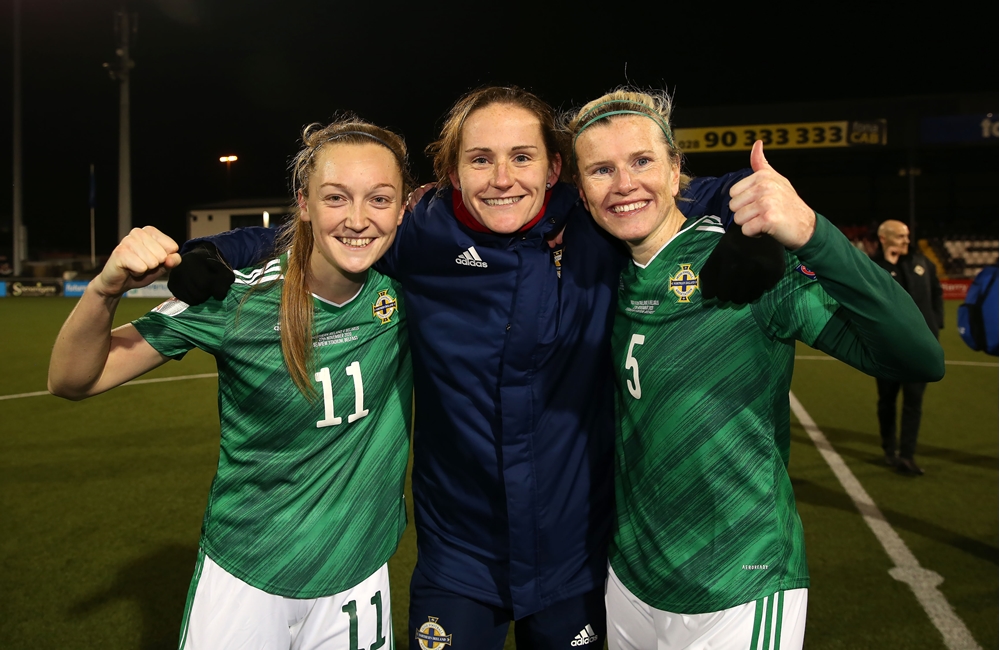 “Throughout my career I only did things and went to specific clubs so that I was in the best position to be chosen for Northern Ireland. Playing international football has always inspired me to continue playing and improving as there is nothing better than pulling on the green shirt,” she pointed out.

And her advice to someone starting out? "Always stay positive and enjoy playing the game because one day you won’t be able to play anymore. Also take every opportunity that comes along as you might not get another one.”

And Sarah is not just an international footballer. She revealed: “I played for Northern Ireland Netball right up to senior level. It came to a point though where I was struggling as I was never in school, so I had to pick one sport, so I chose football.”

She added: “I am proud of every cap I have received for Northern Ireland and proud that I am still involved in the set-up after all these years. I am also proud that I have been part of a campaign that exceeded all expectations (Women’s Euro 2022 qualifiers) and can hopefully help inspire the next generation of girls coming through.”