Meet Chloe McCarron, the midfielder who is ‘immensely proud’ to play for Northern Ireland 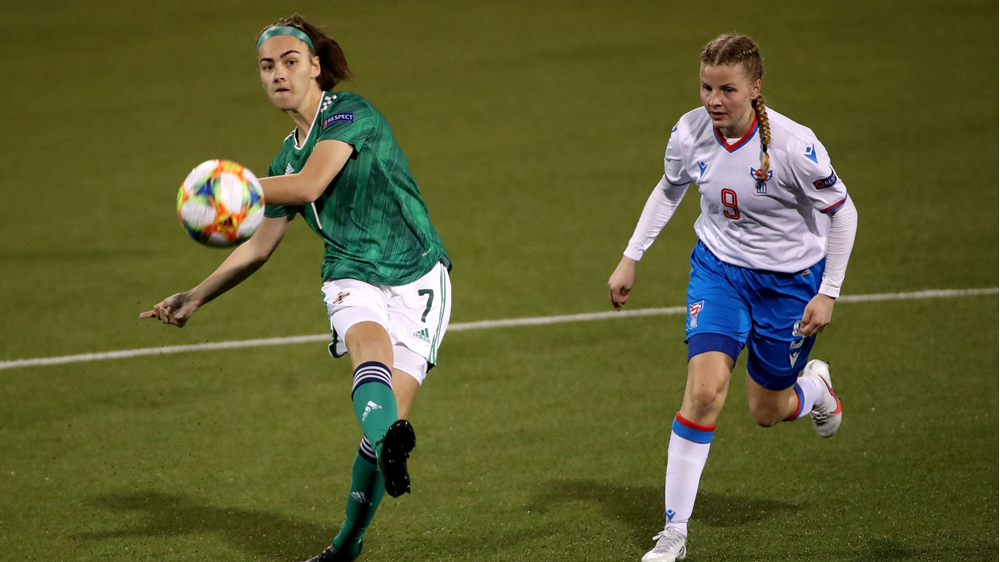 Chloe McCarron has been representing Northern Ireland for a decade even though she has just turned 23.

The midfielder first pulled on the green jersey when playing for Northern Ireland’s Under-15 girls’ team as a 13-year-old.

She subsequently played several times at both U17 and U19 level before making her senior bow as a teenager in 2015, playing in three friendly internationals.

However, it is only in the most recent series of qualifiers that she has really started to make her mark on the international stage. 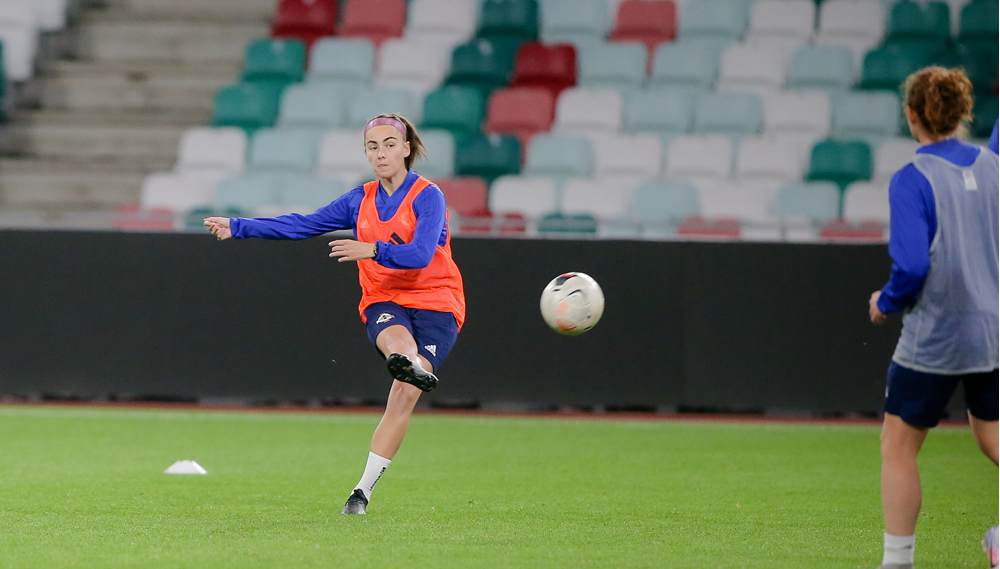 Northern Ireland senior women’s team manager Kenny Shiels brought her back into the fold after a four-year hiatus and she has not looked back since.

Her fourth cap came against Norway at home in the Women’s Euro qualifiers in August 2019 and her latest cap, her 13th for her country, was earned in the famous 5-1 home win against Faroe Islands back in December which ensured Shiels’ side booked a place in the Women’s Euro 2022 play-offs.

I would say to work hard but, most importantly, enjoy it. There are so many opportunities out there for young girls now. Never give up as one day, as it is for me, it could be your job

McCarron also scored her first senior goal for her country in that match against the Faroes at Seaview – and it was a screamer.

It has actually been a whirlwind couple of years for the midfielder, who began kicking a ball at the age of seven. She has nailed down a spot in the Northern Ireland team - she is “immensely proud” of playing for her country - and signed a pro contract.

She played with the boys at East End in her native Coleraine, and with youth teams at Coleraine FC and the Liam Beckett Academy, before first joining a women’s team at the age of 14. That team was Ballymena Allstars, with whom she spent a season before switching to Mid-Ulster Ladies.

McCarron stayed with Mid-Ulster until she was snapped up by Linfield Ladies at the age of 18. She then enjoyed plenty of success with the Blues, winning three NIFL Danske Bank Women’s Premiership titles, before becoming a full-time professional player when signing with FA Women’s Super League team Birmingham City Women last summer.

The Rangers and Liverpool fan is a huge admirer of Liverpool boss Jurgen Klopp, while her favourite player is midfielder Thiago, who joined the Reds from Bayern Munich back in September.

And she’s also a huge coffee fan. She especially looks forward to a cup of Joe before a match or training session! 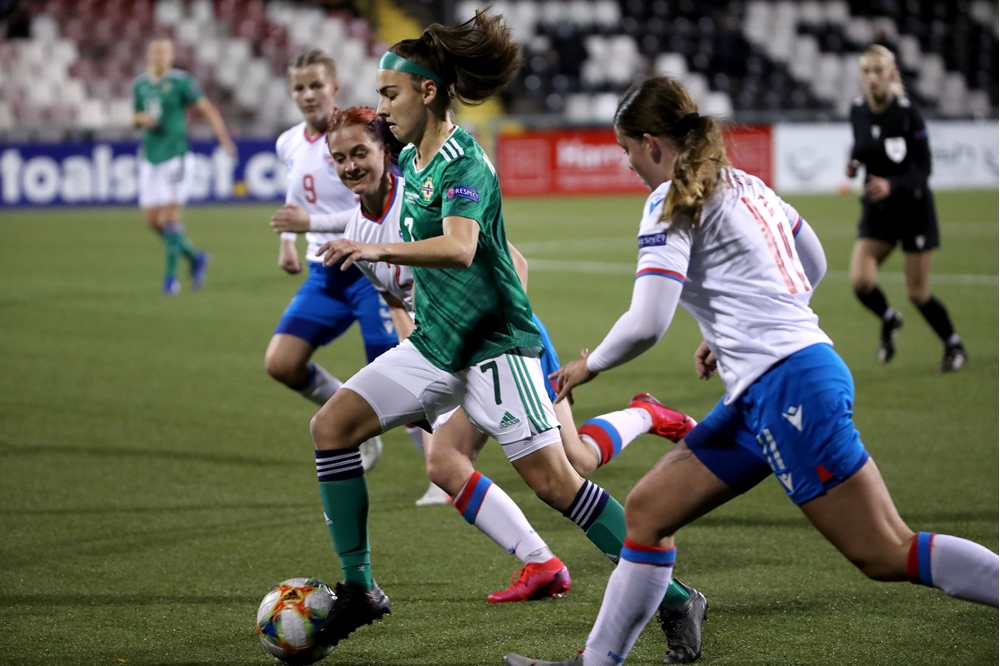 Norway are the best team she has faced on the international stage, with Norway star Caroline Graham Hansen her toughest opponent to date. She also says Arsenal Women are the best club side she has played against, while Villa Park is the best pitch she has played on.

And her advice to someone starting out? “I would say to work hard but, most importantly, enjoy it. There are so many opportunities out there for young girls now. Never give up as one day, as it is for me, it could be your job.”