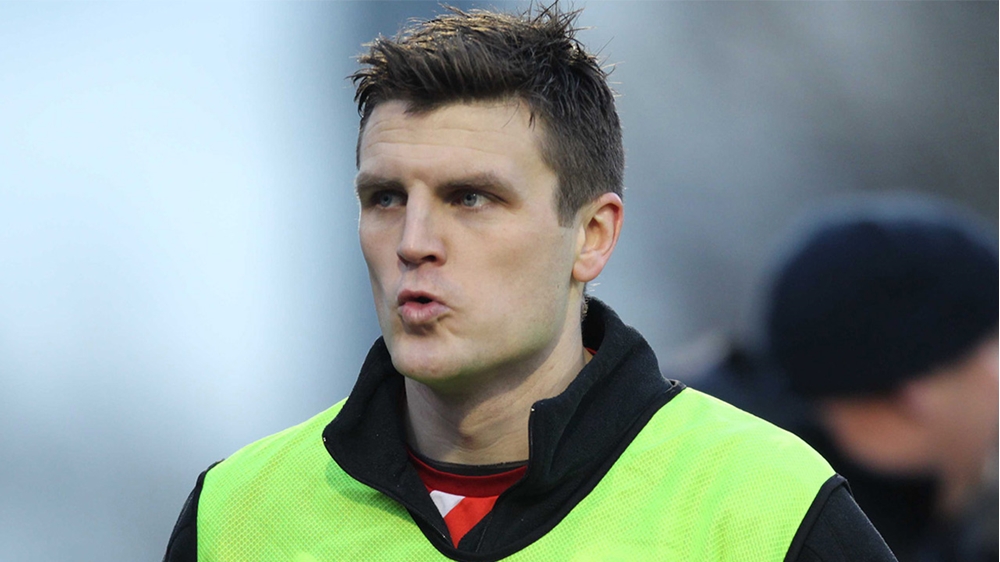 The Irish Football Association has appointed Diarmuid O’Carroll as the new manager of Northern Ireland’s Under-19 and Under-17 men’s teams.

O’Carroll joins the association from Scottish Premier League side Motherwell where he was in charge of the U20s and provided analysis on opponents for the first team.

He revealed the process to appoint the new U19/U17 manager had been an exhaustive one which began before Christmas. Three coaches made the shortlist. They were interviewed this week and also had to conduct pitch sessions as part of the final process.

“It was a very tight call between the three but we believe we have got the right person for the job in Diarmuid,” he said.

The former Crusaders, Cliftonville, Glenavon and Dungannon Swifts player previously worked for the Irish FA as club and community development officer and within its coach education department.

The 33-year-old has also previously managed Crusaders’ women’s team, the Strikers, and Glentoran Women. He initially joined Motherwell as U18s manager in September 2019 following a stint in the USA where he was director of coaching at Downtown Las Vegas Soccer Club.

Following confirmation of his appointment, O’Carroll said: “I’m absolutely delighted to be appointed as the Northern Ireland U19 and U17 manager.

“My passion is youth development and this role provides me with the exciting opportunity to help nurture young players through their journey to one day playing at the National Stadium as a full international.

“I leave Motherwell FC having loved my 18 months at what is a fantastic club with great people throughout. I previously had five great years as an Irish FA employee and I’m really looking forward to returning to the association in my new role.”

"Diarmuid has been a valuable, hard-working member of the staff which has helped us since coming into the club. We are sorry to see him go but understand what a good opportunity this is for him back home. We wish him well," he said.

Killarney man O’Carroll began his playing career at youth level with Killarney Athletic before moving to Home Farm in Dublin.

He then signed for Scottish Premier League giants Celtic in 2003 where he played in the reserves for five years but did not feature in the first team, however he did play for Ross County’s first team during a loan spell in 2007.

Next stop for O’Carroll, who was capped once by the Republic of Ireland at U21 level, was League Two side Morecambe for a season before he moved to Airdrie United in the summer of 2009.

The striker/midfielder began taking his coaching badges during his playing days and in July 2010 he signed a short-term deal with Icelandic side Valur where he also worked as a youth coach.

A hugely successful spell as a player in Northern Ireland began in January 2011 when he joined Glenavon. He switched to Cliftonville the following January where he won back to back Irish Premiership titles and worked as a youth coach.

From there he moved to Crusaders where he also won back to back Irish Premiership titles before retiring in the summer of 2016 to concentrate on coaching and his role with the Irish Football Association. He briefly came out of retirement in 2018 to play for Dungannon Swifts.