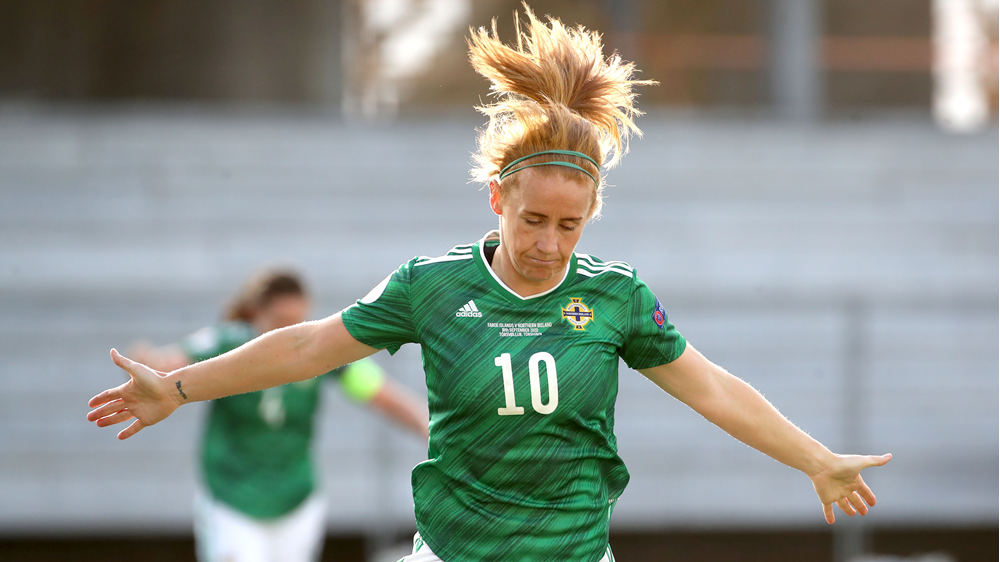 Rachel Furness still gets a buzz when she pulls on the green jersey and represents Northern Ireland.

A veteran of numerous campaigns, the 32-year-old attacking midfielder has been a stalwart of the senior women’s team for well over a decade, winning 75 caps to date and netting 30 times.

She may hail from Newcastle-upon-Tyne, but the flame-haired Geordie wears the green jersey with immense pride.

Rachel said: “My grandad is my biggest inspiration. He drove me all over the country as a young girl and it’s the reason I am where I am today. He is also the reason I am so proud to represent Northern Ireland.” 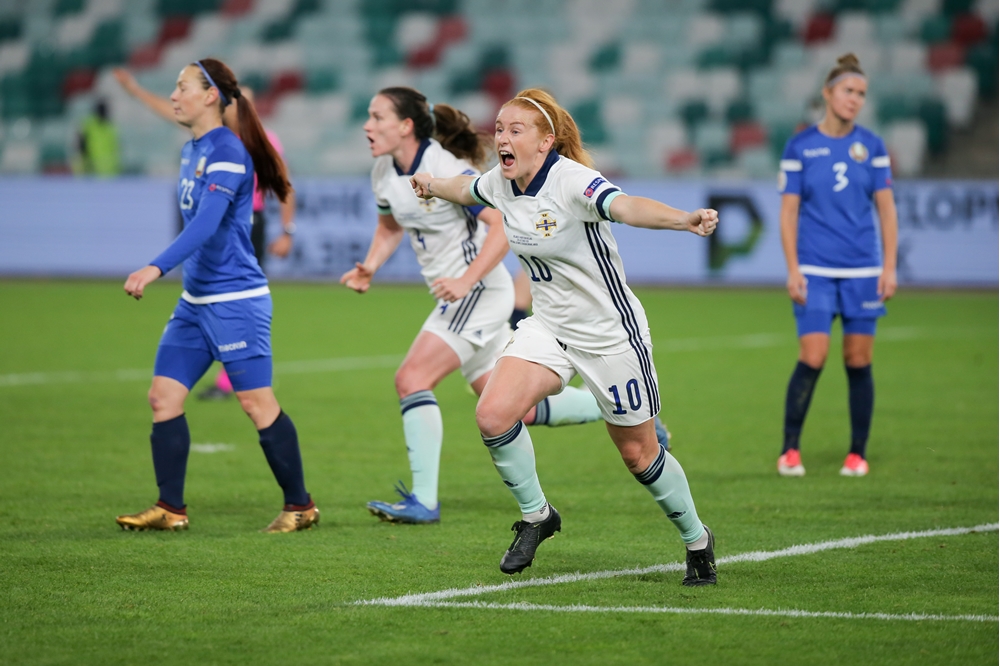 And she further revealed her proudest moments in football are signing a professional contract, representing Northern Ireland and helping the girls in green and white reach the play-offs for a major tournament for the first time.

Rachel started playing football at the age of seven and represented Northern Ireland at both Under-17 and Under-19 level before progressing to the senior squad.

'My grandad is my biggest inspiration. He drove me all over the country as a young girl and it’s the reason I am where I am today. He is also the reason I am so proud to represent Northern Ireland'

Currently playing for Liverpool FC Women, in the FA Women's Championship, she has spent most of her career playing in England’s top divisions and also had a short stint in Iceland’s premier league.

She started out with Chester-le-Street Ladies in the North-East of England before moving on to Sunderland Women and then Newcastle United Women where she suffered a serious knee injury which almost finished her career.

However, she defied doctors’ advice and bounced back. After moving on from Newcastle she played for Grindavik in Iceland before returning to England where she re-joined Sunderland. After six years with the Lady Black Cats (2010-2016) she switched to Reading Women in the FA Women’s Super League.

After a couple of years with Reading she moved to Tottenham Hotspur Women on loan for a few months. She says the new Tottenham Hotspur Stadium, where she played in front of 38,000 spectators against Arsenal Women in November 2019, is the best pitch she has played on.

That North London derby was one of her final appearances for Spurs before she returned to Reading and then quickly made the switch to Liverpool Women in December 2019.

She counts Arsenal and Scotland midfielder Kim Little as the best player she has come up against. “Her movement and intelligence on and off the ball is something to be admired,” she said. 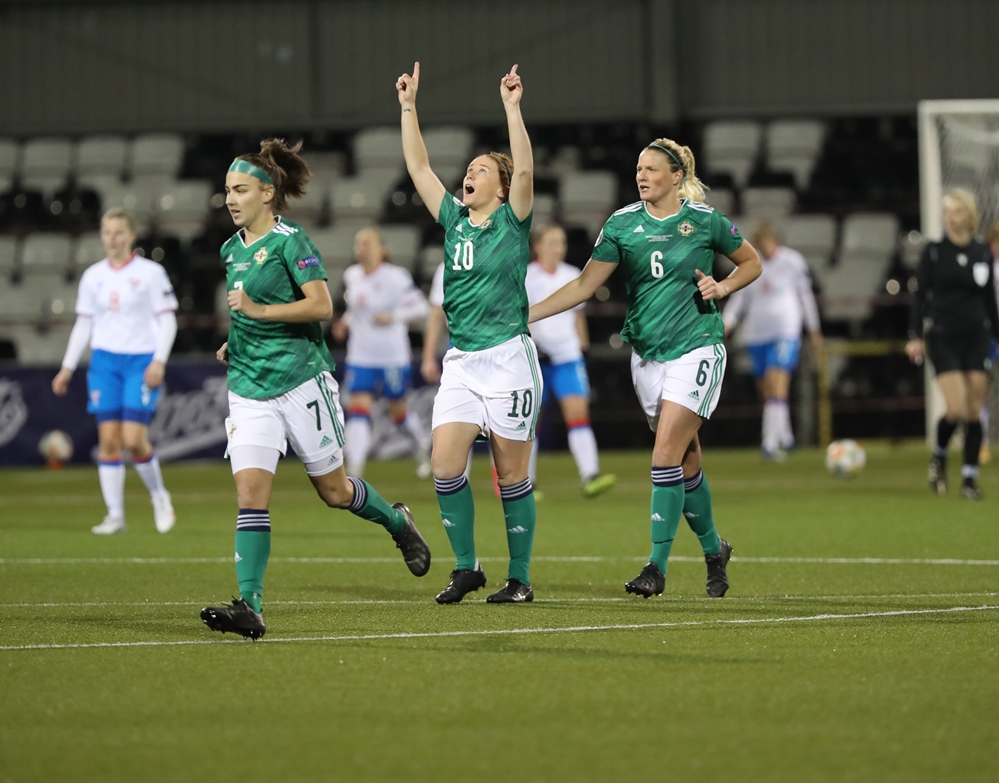 The midfielder also revealed WSL kingpins Chelsea Women are the best team she has played against on the domestic front, while France (2010) have been the top opponents on the international stage.

Rachel loves both playing and watching the game. She explained: “I support Newcastle United but I really enjoy watching Liverpool and Manchester City with the style of football they play. My favourite player is Kevin De Bruyne for his all round footballing ability and Jordan Henderson for his leadership on and off the pitch. And my favourite coaches are Pep Guardiola and Jurgen Klopp.”

Her advice to young players starting out on their careers is to “work hard and, most importantly, enjoy what you do”.