The 2020 Electric Ireland Women’s Challenge Cup has been cancelled with the agreement of participating clubs.

The quarter-finals and semi-finals, plus some residual Round 3 matches, were postponed in December and rescheduled until January.

However, those matches did not take place last month due to Covid-19 restrictions and now the Irish Football Association’s Women’s Challenge Cup Committee has reluctantly cancelled the 2020 edition of the competition.

The committee said it had hoped to finish the competition in advance of the 2021 women’s league season but that has not been possible due to current Covid-19 restrictions.

Committee chair Elaine Junk said: “We didn’t take this decision lightly. We recognise the need to look beyond the current restrictions and focus on working with the leagues and clubs to provide a fixture schedule for the 2021 season which will further develop the women’s game in Northern Ireland.

“Clubs still in the 2020 competition unanimously accepted its cancellation and the Women’s Challenge Cup Committee issued a thank-you to them for their feedback, understanding and support.

“The committee also acknowledges the unwavering support of Electric Ireland who continue to be a fantastic partner for the association and for women’s football in Northern Ireland.”

The Women’s Challenge Cup Committee also wish to extend their well wishes to Northern Ireland senior women’s team manager Kenny Shiels and his squad ahead of their upcoming preparation for the historic UEFA Women’s Euro 2022 play-offs, currently scheduled to be played over two legs in early April. 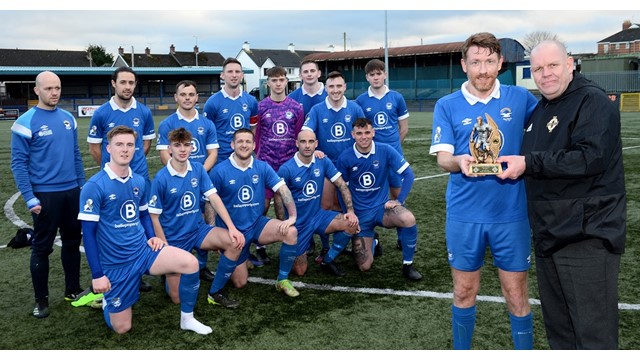