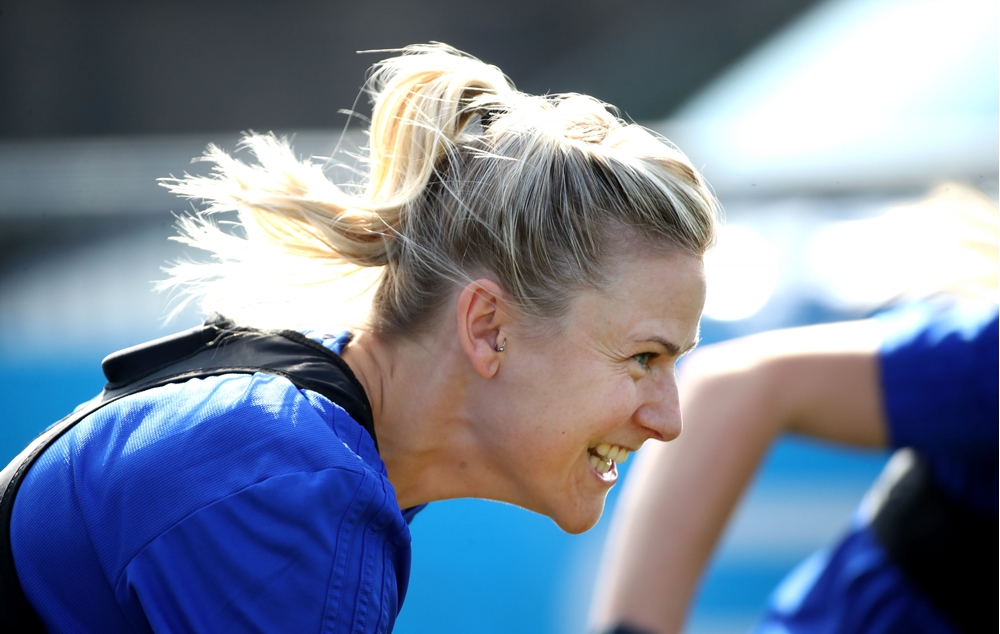 Before appearing for Northern Ireland during the remarkable Qualifying Group C run-in which led to a Women’s Euro play-off spot, Nadene Caldwell had not kicked a ball for the senior women’s team for six years.

After making her senior debut as a teenager against Czech Republic in April 2008 she went on to play 55 more times for her country up until 17 September 2014 when she faced the Faroe Islands at home.

She did not feature for the senior women again until 18 September 2020 – six years and a day later. The Faroes again provided the opposition but this time the game was away. And it was the Group C encounter which kick-started the four-match winning run that has taken Northern Ireland to the play-offs for a major tournament.

The combative midfielder is thrilled at being part of the senior set-up once again.

She pointed out: “My proudest moments in football are winning my first ever Northern Ireland cap and being a part of the squad that made history securing a play-off spot for a major tournament. And the journey still continues.”

One of the chief reasons for the 30-year-old’s extended break from senior team action was a playing stint Down Under.

She lived and travelled in Australia between 2015 and 2017. The city of Perth was her Southern Hemisphere home where she played for Northern Redbacks.

The Belfast woman has been involved in the Northern Ireland set-up for many years. After taking part in the County Excellence Programme she played at Under-15, U17 and U19 level before joining the senior ranks.

She started playing at the age of seven and her first club was Linfield Ladies. She joined the Blues’ academy at U12 level in 2002 and stayed there for seven years before making the switch to Glentoran who were then known as Glentoran Belfast United (now Glentoran Women).

She stayed with the Glens until 2014 - winning three league titles in the process - before heading Down Under the following year. And she returned to the Glentoran Women fold when she came back from Australia and has been a mainstay in their midfield ever since.

During her latest spell with the Glens she has bagged another league winner’s medal and a couple of Electric Ireland Women’s Challenge Cup winner’s medals.

“I started playing futsal (FIFA’s only official five-a-side game) when I came back from Australia for fun and a way to keep fit out of season, and I ended up absolutely loving it,” she revealed.

And she made history in the futsal arena back in 2018 when she was a key cog in the Northern Ireland team which played Netherlands, Belgium and Sweden in a preliminary qualifying round for the inaugural UEFA Women’s Futsal Euros – the first major women’s futsal tournament for national teams in Europe.

Although a Chelsea fan, her favourite player is former Manchester United midfielder Paul Scholes, while her favourite coach is Liverpool boss Jurgen Klopp.

France are the best team she has played against internationally. She faced Les Bleues in 2010 and in their line-up was Camile Abily, her toughest opponent to date.

The Visma Arena at Vaxjo in Sweden is the best pitch she has ever played on – for Northern Ireland in a World Cup qualifier against the Swedes in 2014.

When reflecting on her career to date, Nadene says no specific person has inspired her, however she added: “Each coach/manager I have played under has helped in some way to drive and inspire me to succeed. My granda loved football too and always said he had four sons, three grandsons and it took his granddaughter to show them how it was done!”

And her advice to those who are starting out is to enjoy every minute of playing. “Take every opportunity and never stop working to improve,” she added.