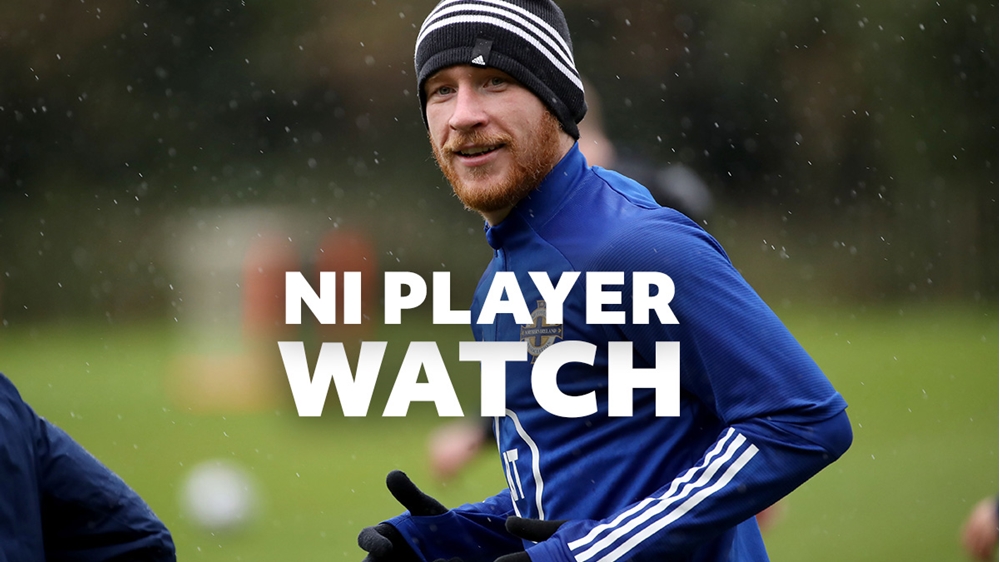 Striker Liam Boyce took his goal tally for the season to 12 after slotting home a 90th minute penalty to salvage a point for Hearts in a 1-1 draw with Queen of the South at the weekend.

It was the 29-year-old’s fifth goal in as many games for the Jam Tarts who have now stretched their lead at the top of the Scottish Championship to 13 points over second-placed Raith Rovers.

Meanwhile, former Northern Ireland under-21 international Dion Charles hit a brace for Accrington Stanley as they drew 2-2 at League One leader’s Lincoln City on Sunday evening to take his tally to an impressive 14 this term.

Charles has now scored seven goals in his last six outings for Stanley and his boss John Coleman praised the 25-year old following another clinical performance.

“Dion can become whatever he wants,” declared Coleman, whose side are now just two points off a play-off spot in League One. “He’s a great lad, he listens, he’s trying to improve his game and that’s what you want out of your players, particularly forwards.”

One-time Ards youth player, David Morgan, set up Charles’ second goal of the evening after coming off the bench to make his Stanley debut following his move from Southport during the transfer window last month.

In Scotland, Northern Ireland skipper Steven Davis was again in majestic form, as he has been all season, as Rangers recorded a narrow 1-0 home success against Tommy Wright’s Kilmarnock, who were without new signing Kyle Lafferty as he looks to get back to full fitness.

After the game Rangers boss Steven Gerrard expressed his delight at yet another man-of-the-match performance from the 36-year-old Ballymena man.

“Davis was magnificent today,” Gerrard told the Rangers website. “his anticipation and the way he controls games allows us to keep going in terms of wave after wave.

“He plays with real authority and leadership but in a quiet way and he sets standards on a daily basis that everyone else follows, so I have been absolutely delighted with Steven.”

Elsewhere in the Scottish Premiership, Niall McGinn made his first start for Aberdeen since 2 January as the Dons made it five games without a goal as they were held to a scoreless draw by St Mirren at Pittodrie.

In the Premier League in England, Jonny Evans helped Leicester City to a 3-1 home victory over Liverpool while Stuart Dallas was in the Leeds United starting X1 which lost 4-2 at Arsenal.

Goalkeeper Bailey Peacock-Farrell was an unused substitute for the 20th time for Burnley this term while Jamal Lewis and Newcastle United play tonight against Chelsea at Stamford Bridge.

Finally, in a weather-hit weekend, former under-21 striker Jamie Reid chalked up his first assist of the season as Mansfield Town drew 2-2 in their League Two contest at Colchester United.