Take a look at all the goals from opening qualifier victory 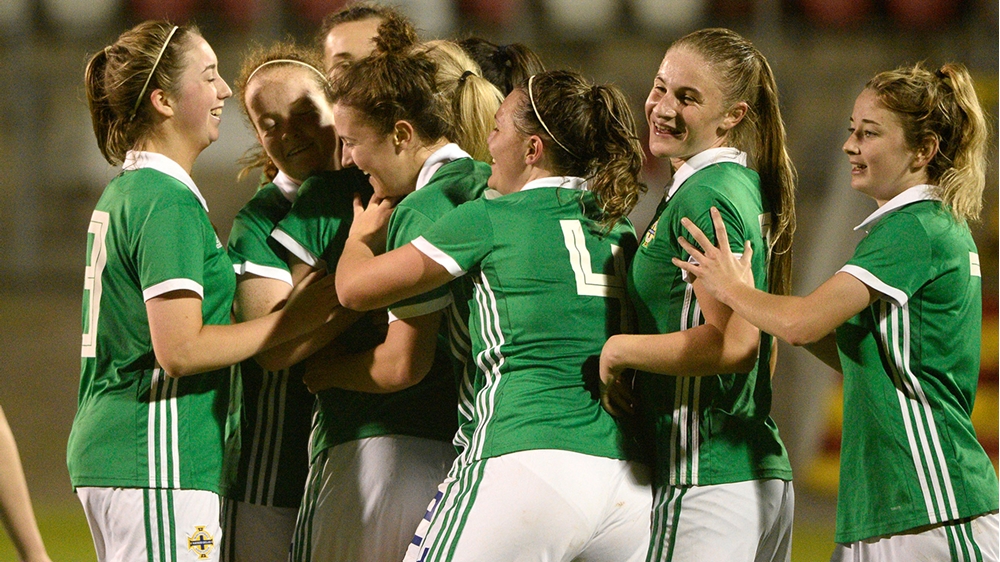 You can watch all the goals back in the video above as six players got their names on the scoresheet. Debutant Kaia Deane, Megan Bell, Kelsie Burrows, Louise McDaniel and Kaitlyn Canavan got one apiece with Alexandra Collighan netting twice.

It was a dominant display which now sees them take a step closer to reaching the elite stages of qualifying for the Women's Under 19 European Championships.

They next face Kosovo on Friday 5 October at 7pm in Portadown - it is free entry - before finishing the four team mini tournament on Monday 8 October against Germany which is also in Portadown but with a kick-off time of 1pm.