McCavitt at the double as Banbridge Town sweep past Distillery 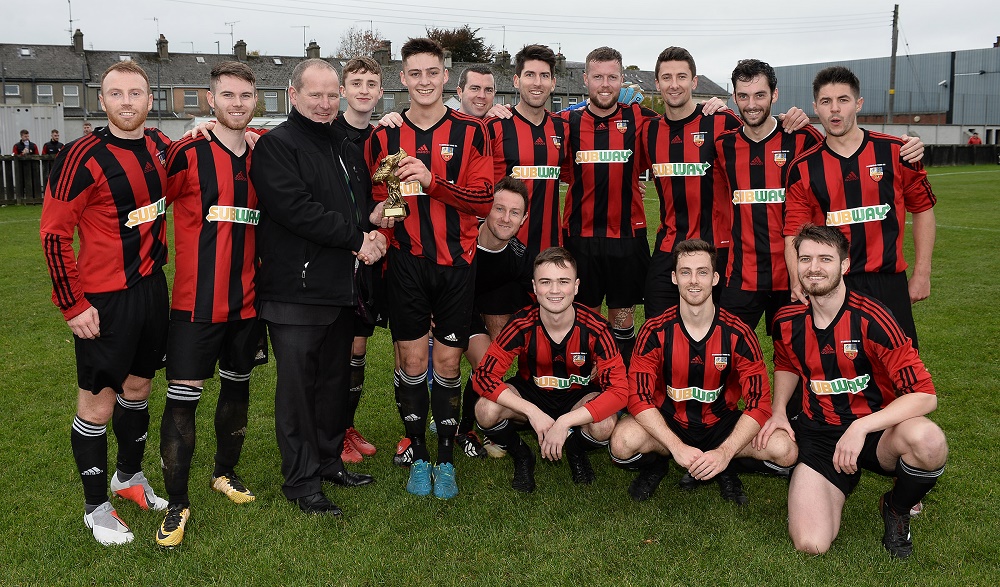 Banbridge Town swept to a 3-1 defeat of Lisburn Distillery in the Match on Tuesday Intermediate Cup First Round 'tie of the round' at Crystal Park.

Both sides started well and matched each other effort for effort before, on 12 minutes, the home side edged in front thanks to Stephen McCavitt's finish to Michael Allison's cross from the right.

With the tempo of the game raised and both sides looking for goals it became a end to end battle but despite chances being created at both ends no further goals were forthcoming before the break.

Banbridge extended their advantage just before the hour when 'man of the match' McCavitt doubled his tally with a delightful lob over Jonah Nicholl from the edge of the area.

But the Whites didn't let their heads drop, and duly pulled a goal back on 65 minutes via the slightest of deflections from a cross.

However, the Whites were reduced to nine men soon after when both Alan McMurtry and Paul Young picked up second cautions for separate incidents.

And Banbridge made sure of their place in the next round a couple of minutes from time when Allison knocked home a third with a sidefoot finish past Nicholl.