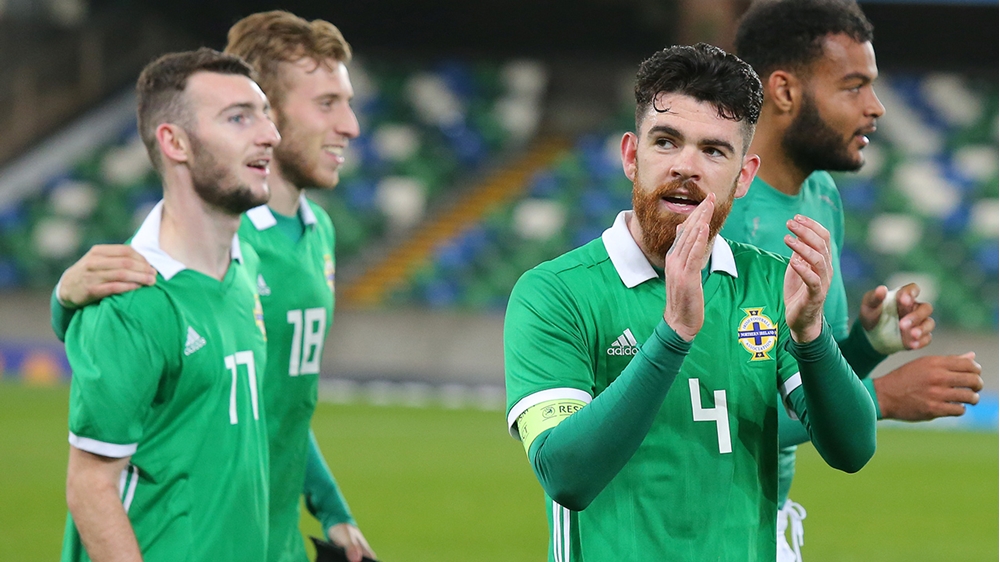 Record goal scorer and cap holder, captain Liam Donnelly bids farewell to his Under-21 teammates after 24 Northern Ireland U21 appearances.

The Motherwell defender first appeared for the Under-21s at the age of 16 against England, and six years later he finishes his last campaign in second place in the UEFA EURO U21 Qualifiers.

"I couldn't have asked for a better send-off really," he said. "The campaign, right from the start with Estonia away, we started on a high and we've maintained that performance most of the way through to finish on a high. It was emotional."

Liam extended his gratitude to the fans that made the journey to watch the Under-21s in Belfast.

He said: "It was an honour. The fans were unbelievable the whole game and on behalf of all the players I'd like to thank all the fans for coming out to support us.

"In past campaigns we haven't done anywhere near as well and the last time we played here I think we were lucky if there were 200 fans. We appreciate the fans coming out and giving us the support so thank you very much."

The second place finish may have came as a shock to some but Liam had his sights set on glory right from the start.

He revealed: "I've been involved in quite a few campaigns and there hasn't been too many positives but as much as this is a great achievement it's one that we expected.

"Ian (Baraclough) and the staff that he's brought in have been unbelievable and have set the standards for us.

"The team camaraderie, all the boys, there's some great lads in there. The whole campaign, everything we've worked on all built up to tonight and it was great to get the win."